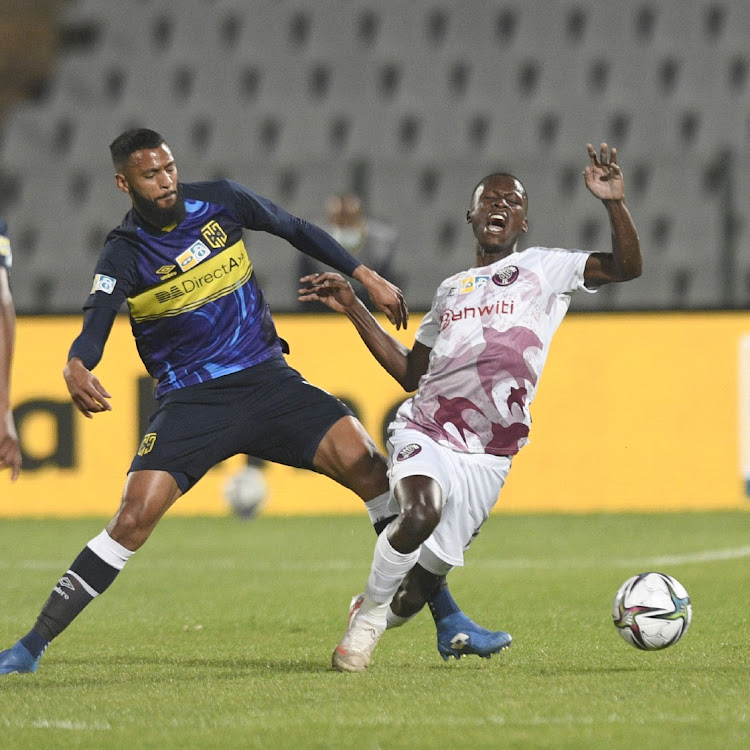 Surprise Ralani tormented Swallows last night as he scored a brace and created another goal for Cape Town City when they triumphed 4-0 at Dobsonville Stadium to advance to the MTN8 final next month.

Ralani was impressive as Swallows failed to deal with his pace and skill and were made to pay the price, with City walking away victorious. They will now face Mamelodi Sundowns in the R8-million final on October 30.

Both teams came into this match evenly balanced in the DStv Premiership with five points each on the log table.

They also found scoring goals difficult to come by in the last five matches before this fixture, including the MTN8 first leg, which ended goalless. Swallows have failed to find the back of the net in the last five games, while the Citizens had scored just twice, and that was against Royal AM during their 2-1 victory on August 25.

It was City who looked like scoring in this match as they created the better chances in the opening half.

And it was not surprising when Ralani broke the deadlock four minutes before the interval with a shot inside the box after he connected from Terrence Mashego cross on the left flank and gave City an advantage at the interval.

Swallows needed to score twice after the restart which was delayed by five minutes due to inclement weather.

Musonda nearly made his presence felt with his first touch, but his attempt hit the woodwork from a tight angle after he rounded City goalkeeper Hugo Marques.

City then opted to sit back and try to protect their lead and absorbed pressure while also waiting to catch Swallows on the counter.

And that paid off as Fagrie Lakay doubled the lead just before the hour mark to put the game beyond Swallows reach from a Ralani assist. With Swallows now chasing the game, they were always going to leave gaps behind and were punished. Ralani completed his brace late in the second half after he connected from Thabo Nodada cross to send the Citizens to the final.

City had chances to increase its lead further and did that when Edmilson Dove scored City's fourth  with a header late in the match.

For Swallows, it is back to the drawing board and it doesn't get any easier, with a clash against table-toppers Mamelodi Sundowns looming on Sunday. City, meanwhile, will host Orlando Pirates on Saturday.

TS Galaxy's exciting teenager Ethan Brooks has said he was sad to see head coach Owen da Gama leave but is confident that the team can move off the ...
Sport
7 months ago

Maritzburg United striker Lifa Hlongwane has asked his teammates to pull up their socks and improve their performances if they are to challenge for a ...
Sport
7 months ago

Mamelodi Sundowns coach Manqoba Mngqithi has explained that they handed the captain’s armband for the 3-0 MTN8 semi-final, second leg win over Golden ...
Sport
7 months ago

Troubled Swallows promised to do everything possible in their quest to reach the MTN8 final despite their off-the-field problems.
Sport
7 months ago
Next Article