Swallows coach Dladla: Ntshumayelo ‘brings so much to the team’ 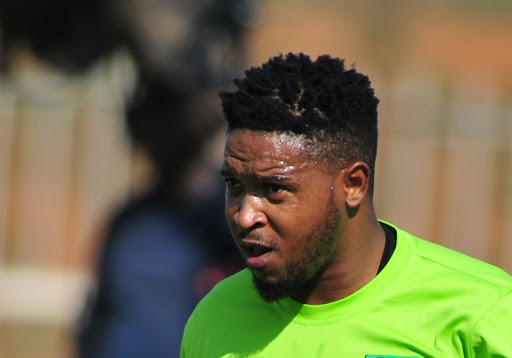 Thandani Ntshumayelo trains with Baroka FC in 2019. The midfielder is now trying to resurrect his career at Swallows FC.
Image: Philip Maeta/Gallo Images

Swallows have handed a lifeline with a one-year contract in July for 31-year-old Ntshumayelo, who has been trying to resurrect his career, having barely kicked a ball in anger since being banned for testing positive for cocaine in September 2016.

Ntshumayelo was successful in an appeal to have an initial four-year ban reduced to two years. He trained with Bidvest Wits and then, in a brief, three-month spell with Baroka FC at the end of the 2018-19 season, played just one game as a substitute.

Dladla said the SuperSport United youth product, who spent four years at Pirates and earned three caps for Bafana Bafana, has to work hard to force his way into a central midfield where Musa Nyatama, Lebohang Mokoena and Lehlogonolo Matlou have become a settled combination this season.

“He's working very hard, he's a humble boy and I think he's learned from whatever it was that was troubling him,” Dladla said before Swallows' second leg of their MTN8 semifinal against Cape Town City at Dobsonville Stadium on Wednesday night (kickoff 6pm). The first leg in Cape Town a month ago ended 0-0.

“He looks like he's living a clean life now and he's a good human being. He brings so much to the team.

“Just the other day we were playing a friendly match against Orlando Pirates and he showed the qualities he possesses.

“Of course, there's stiff competition in the middle of the park, and he must wait for his turn. I'm sure he will get a run somewhere in and around the league.”

He said centre-back Wandisile Letlabika is back from injury as the Birds aim to end a five-game winless run and reach a cup final.