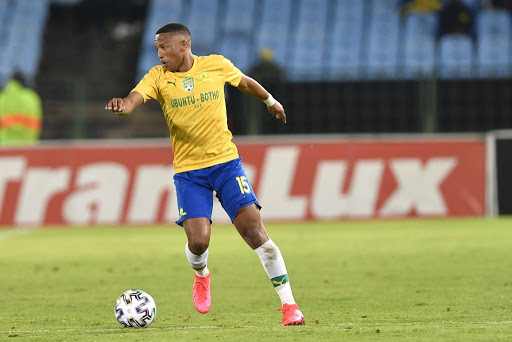 Mamelodi Sundowns coach Manqoba Mngqithi has explained that they handed the captain’s armband for the 3-0 MTN8 semifinal, second leg win over Golden Arrows to Andile Jali because they wanted someone with a soldier mentality.

Jali repaid the confidence showed in him by the coaching trio of Mngqithi, Steve Komphela and Rulani Mokwena with a man-of-the-match performance in the middle of the park where he dictated terms with Haashim Domingo.

It was the second successive man-of-the-match performance from Jali, after he was named the best player on the field in Sundowns’ 2-0 win over Orlando Pirates in the DStv Premiership last weekend.

“To be honest, it was not an easy decision,” said Mngqithi.

“We had too many candidates for the armband but we felt we needed someone with a soldier-like mentality. We needed someone who can push the players on the field because it was important for us to go into this match with the right attitude of wanting to compete and win.

“There was no better person in that space to make sure that he galvanises the team and gives the players the energy to push all the way and we think that he did that very well. We are very excited to see him perform the way he has performed.”

Mngqithi said they are blessed at Sundowns because they have a core leadership group of players who have led in the past.

“In our team, we have too many people who have captained before and we considered someone like Peter Shalulile, Themba Zwane, Grant Kekana, Rushine de Reuck, Thabiso Kutumela, but in the end we felt that AJ (Jali) was the right person to lead the team.”

Sundowns' coaches had to pick a stand-in captain because usual captains Mosa Lebusa and goalkeeper Denis Onyango were not available for the match due to injuries.

With a place in the MTN8 final now secured, the Brazilians will turn their attention to the bread and butter business of the league, where they have a tough match against Swallows on Sunday at Loftus.