Mentor fumes as Singh misses out on Bafana 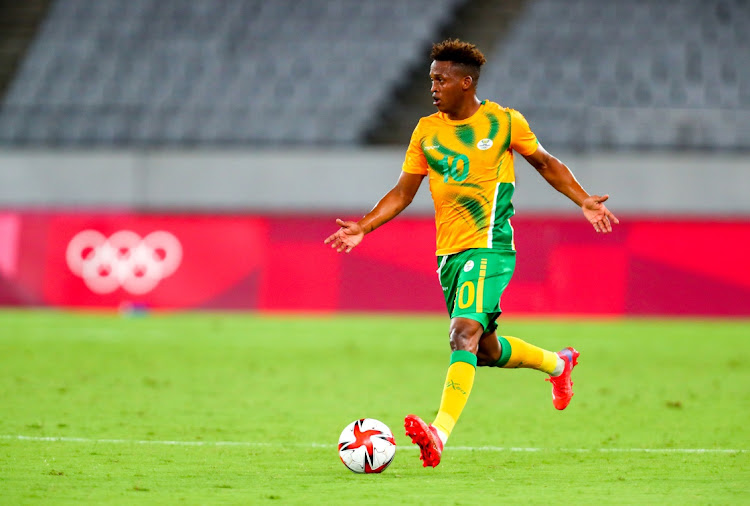 Luther Singh has left his mentor Farouk Khan frustrated and disappointed after his passport-related issues cost him a place in Bafana Bafana coach Hugo Broos's squad.

Broos had decided to hand a call-up to Singh for the upcoming 2022 Fifa World Cup qualifiers against Ethiopia next month.

But Singh and Golden Arrows player Pule Mmodi missed out due to passport issues.

This has left Khan, who has been Singh’s mentor for a while, irritated as he feels the player should have done better.

“I’m really disappointed. I would have liked him to represent the national team, obviously, but it’s not going to happen now. He must take full responsibility. He is a professional player and he is his boss now,” Khan said.

Khan added that he had not spoken to him yet and that he would let him know about his disappointment.

“You always advise young players but he is old now and can make his own decisions,” Khan said.

“As I said, he is the one who should explain how he got here.”

Singh could not return to Denmark, where he plays for FC Copenhagen immediately after Bafana’s last World Cup qualifiers against Zimbabwe and Ghana.

The 24-year-old was stuck in SA after his passport expired and only returned to Denmark after some time, delaying his opportunity to push for regular game time at his club.

He recently told his club’s official website that it was frustrating for him and the team that his progress was being delayed due to the passport problems.

Broos, however, did not mince his words when speaking about the lack of professionalism that cost Singh a Bafana call-up.

“For Luther Singh, you know months before that your passport is not valid any more, so why wait till the last day?” he told the SABC on Monday.

“Then you lose 10 days, you go back to your club again and the coach is not happy because you are 10 days too late and you don’t play. Yes, you need to have that professional attitude also.”

Banyana Banyana began the defence of their Cosafa Women's Championship with a 2-1 win against Malawi at Nelson Mandela Bay Stadium.
Sport
7 months ago

Mhlongo on Makaringe: ‘At Pirates you don’t need to shine, but deliver’

Fortune Makaringe has put too much pressure on himself and tries to do too much at Orlando Pirates, said former Bafana Bafana midfield stalwart ...
Sport
7 months ago

New Mamelodi Sundowns European striker Pavol Safranko is yet to establish himself in the star-studded squad and has not started a match so far but ...
Sport
7 months ago

Swallows FC stand-in coach Simo Dladla has said that the decision that he would take charge of the team came after a "lengthy meeting" between head ...
Sport
7 months ago
Next Article