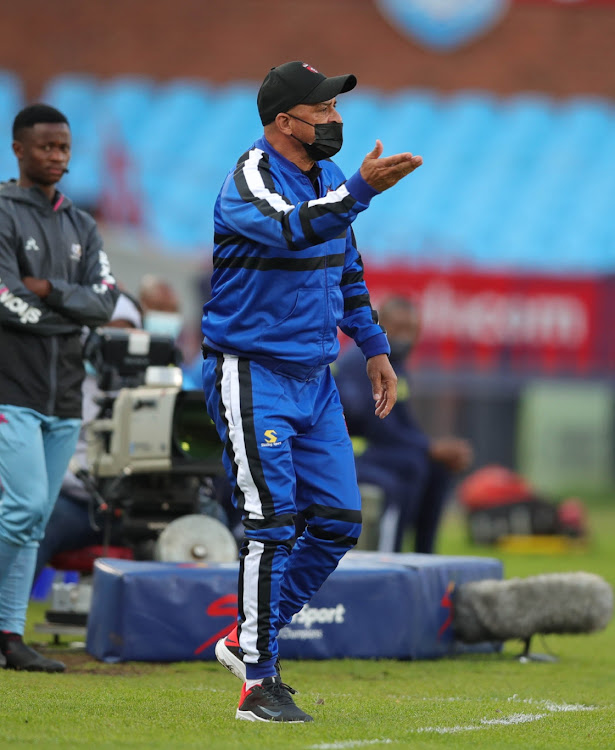 TS Galaxy coach Owen da Gama is the first coaching casualty of this DStv Premiership season after he was shown the door on Monday after a string of poor results.

The Rockets lost three matches against Stellenbosch (0-1), Mamelodi Sundowns (0-3), and Royal AM (2-4). They drew 2-2 against Golden Arrows and 0-0 against Kaizer Chiefs.

The Mpumalanga-based outfit are at the bottom of the log table with two points from five matches.

Da Gama took over the reins from Dan Malesela in January. Bartlett, 48, will take charge of their next league game against Sekhukhune United at Mbombela Stadium on Saturday.

The new man in charge paid tribute to his former boss as he admitted that he faced an uphill battle to turn things about.

“It is always disappointing when a fellow coach or colleague is relieved of his duties. The club requested me to take over as the interim coach to see how we could turn things about. I want to build on what coach Owen started here and try to get the best out of the players.

“Coach Owen started many good things here, and we will build on it and not disregard what he has done,” said Bartlett.

His first task is to work on the defence, which has leaked 10 times in five matches. “I want to make sure the players are in the Right frame of mind at home, and the sooner, the better.

We have to get the first win under our belt. It is a huge concern to concede ten goals in five matches. The players are under pressure, and we will work on it,” he explained.

Victor Letsoalo scored his fourth league goal in three matches as Royal AM stormed to a second successive DStv Premiership win after they crushed TS ...
Sport
10 months ago

Da Gama admits he made tactical blunder against Sundowns

Having shouldered the blame for their 3-0 defeat to ruthless Mamelodi Sundowns on Sunday at Loftus Versfeld Stadium, TS Galaxy coach Owen Da Gama ...
Sport
10 months ago

I made a blunder, says Galaxy coach Da Gama after heavy defeat to Sundowns

TS Galaxy coach Owen Da Gama has shouldered the blame for the 3-0 defeat to a rampant Mamelodi Sundowns at Loftus on Sunday and said it was his ...
Sport
10 months ago
Next Article