Pirates on Sundowns’ keeper Onyango: ‘He should have been man-of-the-match’ 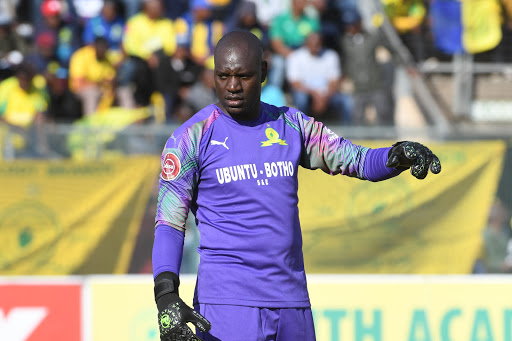 Orlando Pirates paid for being unable to profit from their chances, coach Fadlu Davids said after Bucs’ 2-0 defeat on Saturday, adding that Mamelodi Sundowns’ goalkeeper Denis Onyango “should have been man-of-the-match”.

Mngithi praised the work of Davids and his co-coach Mandla Ncikazi, saying Pirates were tougher to beat than in recent encounters.

“It was a very nervy start immediately from the kickoff with a turnover. That put us on the back foot in terms of not getting our instructions right.

“But we came back into the game. We forced them into the areas where we wanted them to play. As the first half progressed we came into it, took control and finished the half strong.

“The second half we started dominating and having moments to score, but we took it too easy. That lapse of concentration changed the game completely with Pirates getting a 1-0 lead.

“They have a top, top goalkeeper. He should have been man-of-the-match. Made two or three top saves.

“These are lessons we’ve got to take to be more clinical in these moments. Sundowns had two moments and they took them.”

Davids said Pirates will learn important lessons from the defeat.

“Orlando Pirates is a team that wants to win every game. We want to be up there. It was really disappointing. It was a moment for us to go above Sundowns with a win today.

“Our objectives are clear. We take it game by game at this moment in time and always want to win the next game, which is the most important game.

“We have one game left before the Fifa break, against Cape Town City. Though it is away from home we want to collect maximum points.

“Our objectives remain the same. We set our targets internally in terms of what we want to achieve at the beginning of the season.

“It’s a process in terms of taking the team step by step, building certain aspects with t and without the ball.

“Though we take the defeat very badly, it’s a huge lesson for our players and will take us more steps forward than backward.”