Thutlwa settles to life in NFD after he got no offers 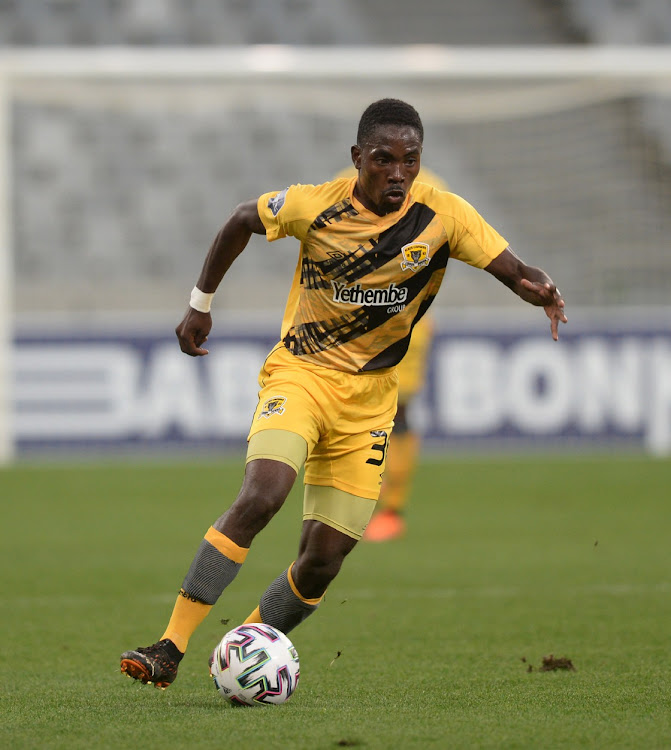 Black Leopards star Tiklas Thutlwa, who’s already taken the second tier by storm, has revealed there were no Premiership offers for him hence he went down with Lidoda Duvha when they were relegated last term.

Thutlwa was one of Leopards’ top performers last season, but his three goals from 20 games weren’t enough to prevent the Venda side from biting the dust in the previous campaign of the Dstv Premiership. Demonstrating his talent, Thutlwa has already netted an impressive four goals from five outings in the GladAfrica Championship thus far.

Many had identified Thutlwa as one of the few players who deserved to remain in the top-flight. However, the 22-year-old has now disclosed he’d no choice but to go down with Leopards because Premiership clubs showed no interest in him.

“I had a very good season last season, especially because it was my first in the Premiership [after being promoted from the Diski Challenge side]. I must say, it was a big experience. I didn’t receive offers at all and I believe that was because I didn’t play as many games as I would have liked,’’ Thutlwa told Sowetan yesterday.

While Thutlwa has individually hit top gear already in the second tier, Leopards are yet to show signs of being promotion hopefuls, having accumulated just one win, three draws and a defeat from five outings thus far.

Nevertheless, Thutlwa is convinced they’ve what it takes to take a direct route back to the big division. The Leopards right-back also pins his hopes on co-coaches Morgan Shivambu and Mongezi Bobe.

“We currently have six points but our ultimate target is to be at the top. We don’t want to play the play-offs, we want automatic promotion. We believe we can do it. We are willing to work hard for it,’’ said the Lidoda Duvha ace from Phalaborwa in Limpopo.

“Coaches Bobe and Shivambu are not just brilliant coaches but they’re good human beings as well, making it easier to work with them. They know the club and all the people within it very well, so I trust that will also help us gain promotion.”

Strengthening the club's support base, development and the women's team are the low-hanging fruit Mamelodi Sundowns' new young chairman Tlhopie ...
Sport
2 months ago

POLL | Who is to blame for Chiefs' loss to Royal AM?

Football fans are still reeling after Royal AM defeated Kaizer Chiefs at the weekend.
Sport
2 months ago
Next Article