Terrence Mashego out to prove a point to Bafana selectors 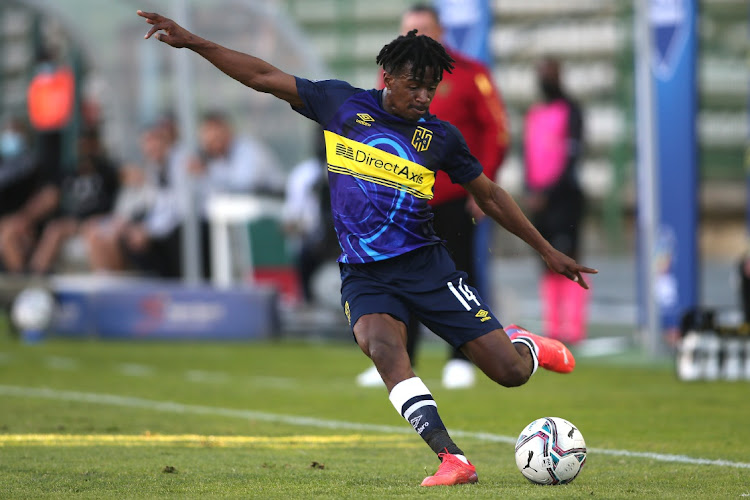 Cape Town City left-back Terrence Mashego has given the impression he’ll use their game against Swallows tomorrow at 5pm at Dobsonville Stadium to prove to Bafana Bafana selectors that they weren’t off beam to include him in the latest provisional squad.

Having been overlooked for the past few Bafana camps, despite his brilliant form of late, Mashego’s name finally appeared on Tuesday when the senior national team revealed a 34-man preliminary squad for back-to-back Qatar 2022 World Cup qualifiers against Ethiopia away on October 9 and at home on October 12.

The 23-year-old full-back has been touted by many to be Bafana’s long-term left-back. City face Swallows a day before Bafana coach Hugo Broos trims the squad to the final 23 players. The final squad announcement will take place at midday.

“I’m willing to work hard so that I can see my name in the 23-man squad that will be playing Ethiopia. That is my next goal. The game against Swallows is an opportunity for me to work harder to make the final squad,’’ Mashego told Sowetan.

“It has always been my dream to represent the national team. I feel blessed and honoured to be considered. God granted me this opportunity, so I have to work hard to make sure I maintain my form and stay consistent.”

Given his blistering pace and endurance, you’d swear Mashego was once a sprinter or a champion in any athletics discipline. The City full-back has now opened up about his unrivalled speed and endurance that set him apart from other full-backs in the division.

“I think my speed is a special gift from God. However, it also has everything to do with the mindset. I’m one person who always pushes even though I can feel that my legs can’t take it anymore, but I always push,’’ the City defender said.

“This positive mindset has helped me to work hard at training and to produce during the games. It’s something that will always stay with me.”

The disgraceful fall of once mighty Chiefs

How do the mighty Kaizer Chiefs get thumped 4-1 by the Kardashians soccer team chaired by a Kanye West?
Opinion
7 months ago

Manchester United forward Cristiano Ronaldo has reclaimed top spot in the list of the world's highest-paid soccer players from Lionel Messi, ...
Sport
7 months ago
Next Article