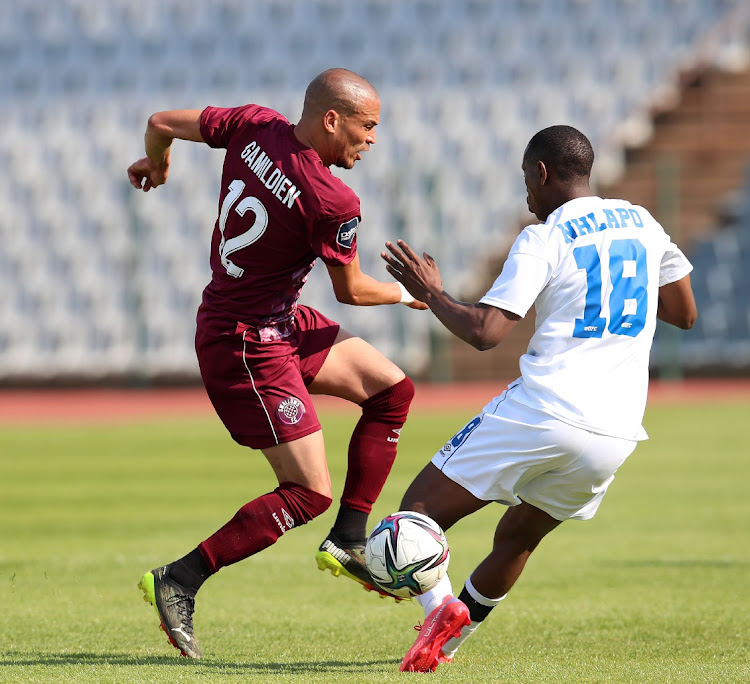 SuperSport United maintained their perfect start to the DStv Premiership with an emphatic 3-0 win over Swallows at Dobsonville Stadium yesterday.

Matsatsantsa a Pitori extended their unbeaten run to four matches to cap an excellent week. They collected four points away from home in two matches without conceding a goal.

The three-time league champions were without their top goalscorer Bradley Grobler due to injury. However, they had no problem in front of goal as they demolished Swallows in their backyard.

Swallows lost 1-0 against Orlando Pirates in the Soweto derby. They have now conceded four goals in two matches.

SuperSport coach Kaitano Tembo made one signing, bringing in defender Buhle Mkhwanazi as a free agent. However, his squad of last season is doing the job for the Zimbabwean-born mentor.

“The boys were brilliant. We scored three goals and kept a clean sheet. It was a great performance. I am happy with how we played. It will boost our confidence. Buhle did well in his first start. We will grow in confidence because of this win,” said Tembo.

Last season Swallows lost only two matches in 30 games. However, they have already lost twice in their opening four league matches. The loss added pressure to coach Brandon Truter, who won two coach of the month awards last season.

Truter was modest in defeat. “We could not put five to six passes together. We blew them off the park in the first half. However, we were a completely different team in the second half.”

He said it was a tricky month for his team. “Cape Town City is next in the league. We played Pirates twice, AmaZulu and SuperSport. We will play against Cape Town City again in the MTN8 semifinal. We have a tough schedule. I challenge the squad to show character and maturity in the next game. We have a squad that can turn it around.”

Supersport United barely raised a sweat as they made light work of a hapless Swallows FC to win this Dstv premiership match comfortably at ...
Sport
10 months ago

Those questioning Ngcobo’s absence from the Chiefs line-up are not helping the player, says Baxter

Kaizer Chiefs coach Stuart Baxter has said the noise from supporters and the media questioning Njabulo's Ngcobo's absence from the starting XI at ...
Sport
10 months ago
Next Article