We will stick to our style, says Banyana coach Desiree Ellis 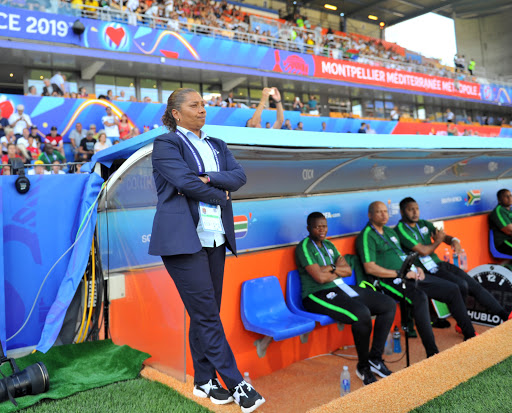 Banyana Banyana coach Desiree Ellis will not compromise her playing style to get a win, insisting her team will not depart from the culture she has instilled in them for their fixture against Ghana in the Aisha Buhari Cup in Lagos, Nigeria on Friday night.

Ellis expressed her excitement over Banyana's participation in the tournament which she believes will be a good test for the women's national football side.

The Banyana squad at the friendly tournament in Lagos are a fusion of locally-based players and those plying their trade abroad.

“We had two days to work with everyone and we felt with the time we had there was a bit of gelling,” Ellis said.

“More days would have been great. We just wanted to make sure that everyone gets a feel of the ball and that's what we have done.

“However, there is nothing much we can do now. It’s all about executing the plan for the match against Ghana.”

Despite the late arrival of some international players, Ellis is delighted with the understanding of players in the training sessions.

“We had a training session for the locally-based players in SA and the overseas players only joined the training yesterday and today due to long travel,” she said on Thursday.

“However they have been playing where they are at their respective clubs and from the first training session there was a bit of understanding.

“They have played with each other before and against each other. The transition has been better than what I expected.”

For the first time the team will have more than one captain as Ellis aims to equip more leaders in the team.

“If we don’t build more leaders, we are going to fall short and that is the whole idea of having more than one captain.”

Banyana meet hosts Nigeria in their second match of the Aisha Buhari Cup on Tuesday before returning home to begin preparations for the Cosafa Cup, which runs from November 3 to 14.