Hunt expects Chippa side to put on a fighting display 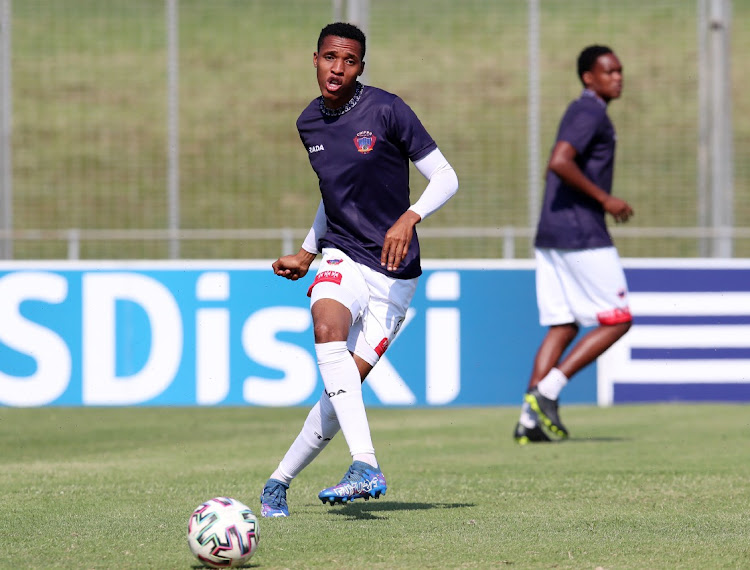 Sammy Seabi of Chippa United says they have fixed up what went wrong against Royal and will look to upset Orlando Pirates in tomorrow's clash.
Image: Muzi Ntombela/BackpagePix

For too long last season, Orlando Pirates found winning back-to-back games difficult as they struggled for consistency, and would want to improve on that in this campaign.

After they registered their first win of the season, a 1-0 victory over Swallows last weekend, the Buccaneers will be hoping to build on that when they face Chippa United tomorrow at Nelson Mandela Bay Stadium at 3pm.

Even though the win against Swallows was not that convincing, they did show improvement from their first two matches, which ended in draws.

They come up against a Chippa side desperate to bounce back to winning ways after their 1-0 defeat to Royal AM in Durban last weekend.

Last month's draw with Mamelodi Sundowns is proof of the fighting spirit that coach Gavin Hunt has instilled in the Chippa team, something that was missing in the past.

And this is the same attitude Hunt would want to see tomorrow against Pirates if they are to get something out of the game. “Every game gives you different scenarios and we will try and do the same again. The mentality is the most important thing we have to work on,” Hunt told the club's media department yesterday.

Hunt is also confident his side will put up a good fight against the Buccaneers after their disappointing defeat to Royal at the weekend.

“We didn’t play too well, especially in the first half. But in the second half we were very good. I thought the penalty decision was harsh. It was not a penalty,” he said.

“But that’s football for you. We've got to pick ourselves up. I thought we deserved a point there but right now we just have to get started again and go.”

“The coach has been telling us a lot of things tactically. We are playing a very good side and we are expecting a lot from our players.

“We just need to man up and take responsibility. We’ve done it before and we can manage.”

Mamelodi Sundowns will hope to maintain their perfect start to their DStv Premiership campaign with another eyeing-catching performance when they ...
Sport
1 month ago

Kaizer Chiefs coach Stuart Baxter has made a strong case for why he intends to keep using off-form striker Samir Nurkovic at left-wing.
Sport
1 month ago

Banyana Banyana coach Desiree Ellis has named her final 20-woman squad to participate in the 2020 Cosafa Women’s Championship in Gqeberha.
Sport
1 month ago

Mamelodi Sundowns defender Grant Kekana is expecting a physical game from TS Galaxy in their DStv Premiership encounter at Loftus on Sunday.
Sport
1 month ago
Next Article