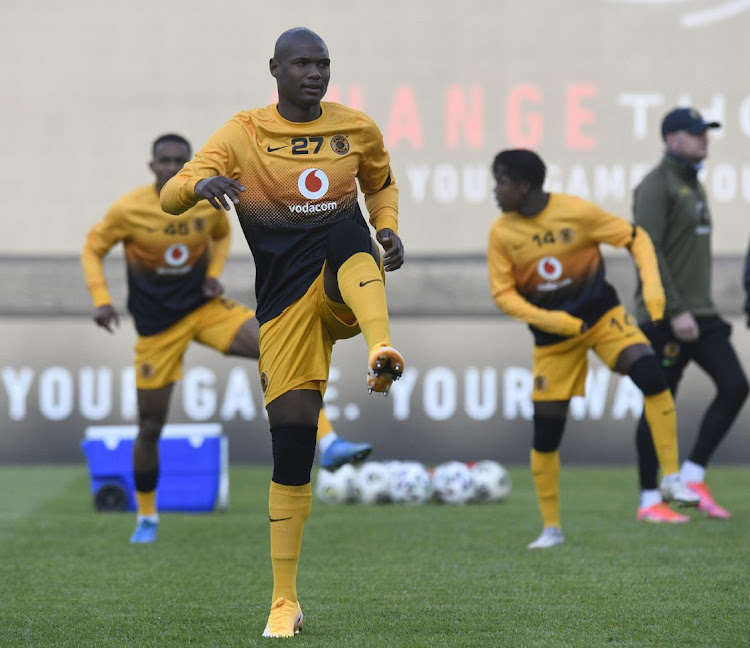 Njabulo Ngcobo’s agent King Ngubane has admitted the defender is unhappy at Kaizer Chiefs, fearing his lack of game time will see him lose his Bafana Bafana slot.

When Ngcobo, the reigning DStv Premiership Defender of the Season, joined Chiefs from Swallows before the start of the season, expectations were that he’d just walk into the starting XI.

However, the 27-year-old centre-back hasn’t played even a single game thus far with Eric Mathoho and Daniel Cardoso preferred ahead of him. Ngubane, who brokered Ngcobo’s transfer from the Birds’ nest to Naturena, has made it known that his client is perturbed about not being given a chance by coach Stuart Baxter.

“Every player wants to play, so automatically when he’s not playing he can’t be happy. He’s the Defender of the Season… he wants to play for Bafana, so if he doesn’t get a chance to play at Chiefs, it is going to be difficult to get Bafana call-ups going forward,’’ Ngubane told Sowetan yesterday.

“If you know football, you understand why Njabulo can’t be happy. Even I am not happy because Bafana coach [Hugo Broos] trusted him against Ghana [where he was introduced in the 77th minute to play as a midfielder in the World Cup qualifiers Bafana won 1-0 last week], meaning he knows he’s talented.’’

Even so, Ngubane is still optimistic Ngcobo will soon get his chance at Chiefs, particularly since Amakhosi have been conceding goals. Chiefs have leaked five goals from four outings across all the MTN8 and the league so far.

“You can’t change how coaches do their things, but we are hopeful the boy will crack it soon, especially that the team has been conceding goals. The coach already has pressure because people are asking ‘how you can keep on conceding when you have the Defender of the Season on the bench?' Hopefully, Njabulo will play soon.”

Chiefs host Royal AM at FNB Stadium on Saturday (5pm). It remains to be seen if Baxter will eventually cave in and field the lad from Folweni in KwaZulu-Natal.

AmaZulu’s frustrating start this season continued after playing to a goalless draw with SuperSport United in the DStv Premiership match at Kings Park ...
Sport
2 months ago

You would think that Happy Jele’s 400th milestone games will be the ultimate achievement for him, but former Orlando Pirates player Joseph Makhanya ...
Sport
2 months ago

Bafana Bafana coach Hugo Broos’ latest trip to his country of birth Belgium has set tongues wagging, with some accusing the 69-year-old of spending ...
Sport
2 months ago

As Bafana Bafana appear to be on the brink of goalkeeper crisis, due to the dominance of foreign shot-stoppers in the Premiership, Sihle Ndebele ...
Sport
2 months ago
Next Article