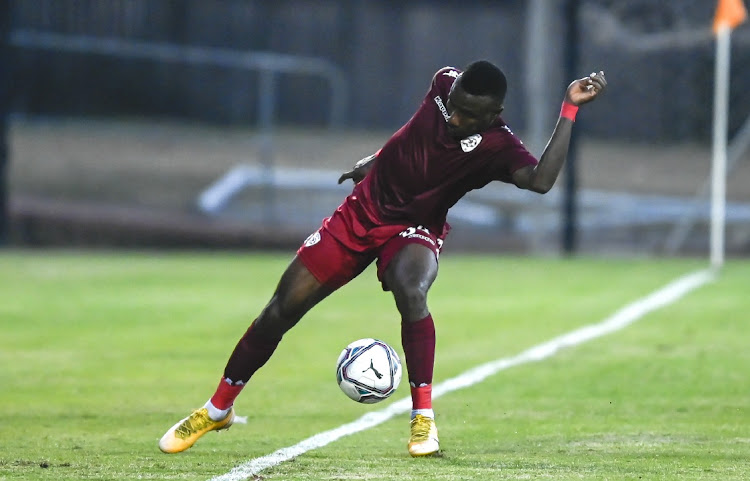 Current DStv Premiership leading goal-scorer Chibuike Ohizu of newbies Sekhukhune United has challenged himself to win the Golden Boot at the end of the season.

Ohizu scored a brace in the 2-0 win over Maritzburg United and added one in Babina Noko’s 1-all stalemate with Stellenbosch.

“It has motivated me, to score three goals this early in the season. I want to keep on scoring and for now I feel I can do it because I have confidence. Winning the top scorer’s award is what I am challenging myself to do,” the Nigerian told Sowetan yesterday.

“It’s my dream to be the top scorer. When you want to achieve something, nothing beats hard work and determination, so I have told myself that I need to work hard to get to my ultimate goal.”

“Before I came to SA I was playing for a second division team in Nigeria. I came to this country to join Leruma in the Vodacom League [third tier now known as the ABC Motsepe League]. At Leruma, we played a friendly against Cosmos. After the game, Jomo [Sono] asked me to come and join them... the rest is history,” Ohizu reflected.

“At Cosmos I was unlucky because I was out for four months because of injuries... I think I played only two games there before I was loaned to Sekhukhune. When Sekhukhune got promoted the agreement was that I remain with them on a permanent basis.”

Ohizu’s other ambitions include representing his national team, the Super Eagles, and propelling Sekhukhune to a top-four finish.

“I want to play for the Super Eagles one day. I believe I will achieve that dream if I keep on scoring for my club. My other goal is to help the team finish in the top four,” noted the Sekhukhune striker.

SuperSport United have confirmed that they are restructuring their famed youth academy due to the serious challenges that have been brought about by ...
Sport
4 months ago

McCarthy moans about officiating in AmaZulu's draw with SuperSport