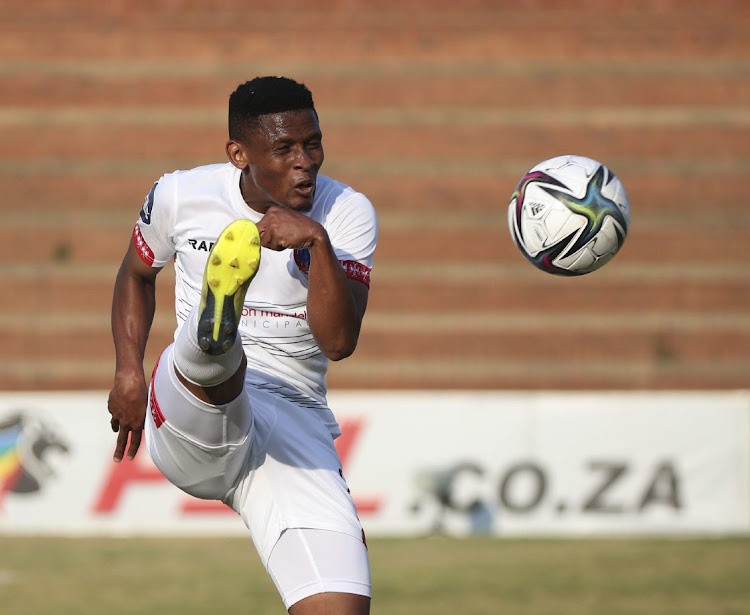 The Chilli Boys showed a huge fighting spirit to earn a precious point against the DStv Premiership defending champions at the same venue.

“If we can have the same character we showed against Sundowns, the same way that we played, I think we can do well against Pirates as well,” Lebitso told Sowetan yesterday. “We have to work hard because we are playing against a big team which I believe we can win against them.

“We really have to put in more effort to win this game. We also have to fix whatever that went wrong [in their last game against Royal AM] and we just have to go there with the same approach we have been showing before, the only thing we need to change is the character.”

Chippa will come into this game on the back of a 0-1 defeat to Royal in their last fixture and are desperate to bounce back to winning ways.

They had a good start in the new season under new coach Gavin Hunt, recording a victory against Sekhukhune United, then drawing with Sundowns before losing to Royal.

And the 29-year-old right-winger highlighted an area where he thinks they also need to improve going forward.

“The most important thing for us is to score goals. We have already netted one goal against Sekhukhune. We have to score more goals to win matches,” he said.

“Also, against Royal, we didn’t do well compared to games that we played against Sundowns and Sekhukhune, but I still believe that we can do more if there are things we did wrong in that game.

“I can’t be specific on what went wrong because the approach was the same. I think it might be decision-making.”

Bafana Bafana coach Hugo Broos’ latest trip to his country of birth Belgium has set tongues wagging, with some accusing the 69-year-old of spending ...
Sport
4 months ago

AmaZulu’s frustrating start this season continued after playing to a goalless draw with SuperSport United in the DStv Premiership match at Kings Park ...
Sport
4 months ago
Next Article