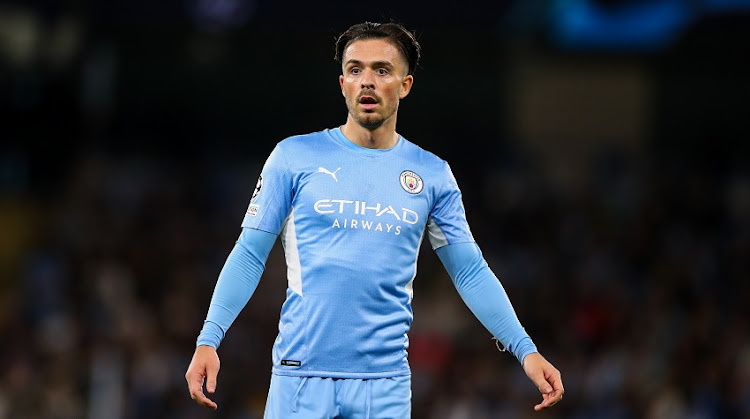 Manchester City winger Jack Grealish crowned a fine display on his Champions League debut with a beautifully taken solo goal as Pep Guardiola's side outscored RB Leipzig 6-3 at the Etihad Stadium on Wednesday.

Grealish, who joined City for 100 million pounds ($138 million) last month from Aston Villa, created their opener with a corner headed in by Nathan Ake before making it 4-2 with a curling shot into the far corner.

The England international said that he had been thrilled to finally get a chance on the European club stage.

"I loved it. I've been waiting a while. The past few weeks, I couldn't wait for this game. It's been a great night," said the 26-year-old.

"It was one of those games. It had absolutely everything. In the end we're delighted to get the win against a good team full of energy and young players.

"I'm delighted to come away with the three points - and the goal and assist," he said.

While it was a quality finish from Grealish it was very much typical of his approach, receiving the ball wide on the left before cutting into the area and pulling the trigger.

"The ball came to me and when I'm in that position, running into the area I'd back myself one on one against anyone to have a go and it paid off," he said.

City manager Pep Guardiola praised Grealish for his display but was also quick to hail the performance of Leipzig for their relentless spirit.

"Leipzig never give up. They have a special way to attack. They play all or nothing," he said.

"You never have the feeling it's over. We scored a few minutes after they scored (a few times) and it helped us a lot.

"They have a young team, so aggressive, so strong. A fantastic team. Leipzig give a good message to football. The quality of (our) players was better today and that's why we won," he added.

There were some empty seats at the Etihad and that may have prompted Guardiola to appeal for more to turn out for Saturday's Premier League game with Southampton.

"We scored 16 goals in the last three games here. I'd like more people to come on Saturday. We will be tired. Southampton are so dangerous. I invite all our people to come 3pm to watch our game."

City have won their last eight Champions League matches at the Etihad and are now unbeaten in 15 home European games.