Safa says coach back home to sort out work permit 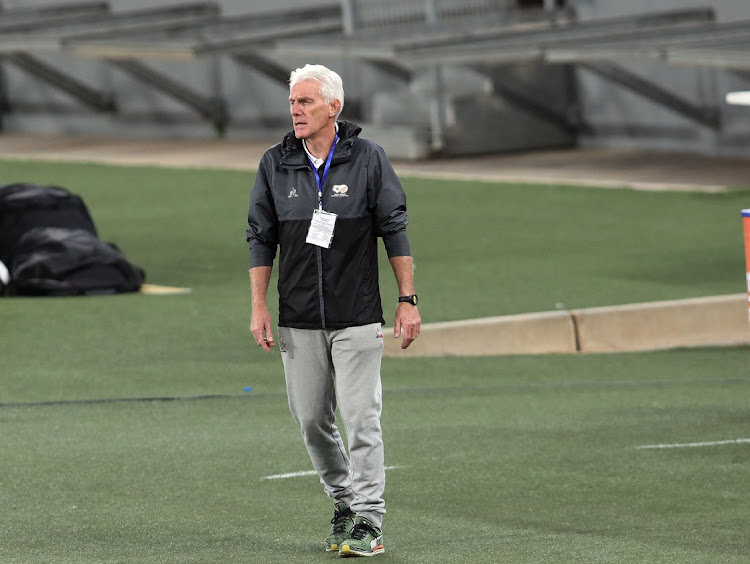 Bafana Bafana coach Hugo Broos’ latest trip to his country of birth Belgium has set tongues wagging, with some accusing the 69-year-old of spending too much time abroad.

A day after Bafana’s famous 1-0 triumph over Ghana in the World Cup qualifiers at FNB Stadium last week, Broos left the country for Belgium. It’s the second time Broos visits his homeland while at the helm of Bafana, having gone there to get a Covid-19 vaccination shortly after being appointed in May.

Some have already started criticising Broos for his visits to Belgium. However, Safa, through its chief executive Tebogo Motlanthe, has maintained there’s nothing sinister with the Bafana coach’s recent trip to Belgium, revealing he’s there to sort out his work permit.

“The coach is in Belgium to sort out his work permit and there’s nothing untoward there. He’d applied for a temporary work permit and it has since expired…now he’s forced to apply for another one,’’ Motlanthe told Sowetan yesterday.

“Remember, the coach signed a five-year deal, so he must have right papers to be in the country for that duration. We’re in contact with him and home affairs. Everything should be finalised in a week or two. People should understand the laws of this country…you can’t stay without work permit while you’re here to work.”

Bafana’s next task is back-to-back World Cup qualifiers against Ethiopia on October 6 and four days later – away and home respectively. Broos’ charges top Group G with four points, having drawn against Zimbabwe and beaten Ghana in their two opening fixtures.

Broos suggested some of the players who featured against Zimbabwe and Ghana may not be called-up for the Ethiopia double-header, citing poor quality and bad attitude among other factors.

AmaZulu’s frustrating start this season continued after playing to a goalless draw with SuperSport United in the DStv Premiership match at Kings Park ...
Sport
4 months ago

As Bafana Bafana appear to be on the brink of goalkeeper crisis, due to the dominance of foreign shot-stoppers in the Premiership, Sihle Ndebele ...
Sport
4 months ago

You would think that Happy Jele’s 400th milestone games will be the ultimate achievement for him, but former Orlando Pirates player Joseph Makhanya ...
Sport
4 months ago

Chippa United coach Gavin Hunt admits his side slipped to a disappointing defeat by Royal AM, despite having plenty of chances to steal a point.
Sport
4 months ago
Next Article