KZN side still searching for first win of season 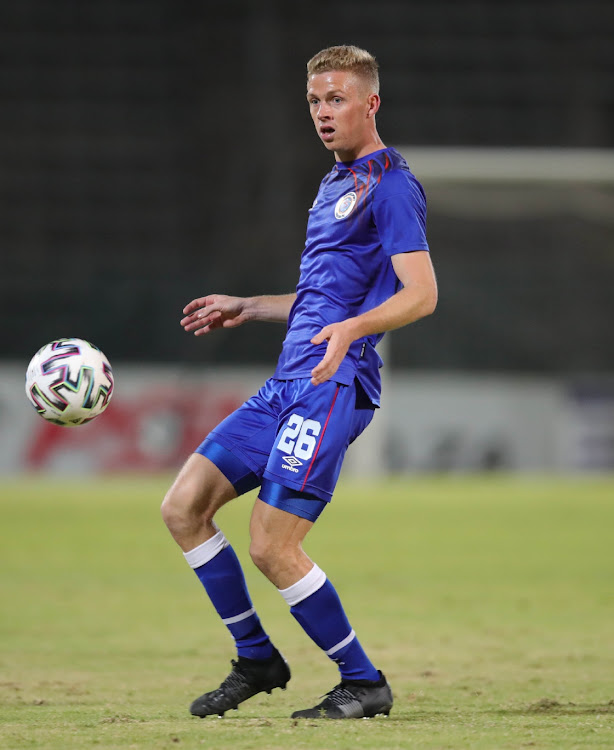 SuperSport United have refused to read too much into AmaZulu's early struggles this season ahead of their DStv Premiership match at Kings Park Stadium today (5pm).

Usuthu may have failed to register a victory in all competitions but SuperSport central midfielder Jesse Donn feels they can turn their fortunes around at any time and that they will have to take them seriously.

Usuthu have lost three of their last five matches and drew two.

“Regardless of their results, they are still a good team. They have done really well last season where they finished second on the DStv Premiership log standings and [are] competing in the CAF Champions League,” Donn told Sowetan yesterday.

“Unfortunately, results have not gone their way this time. But regardless of that we are not worried about their results. We’ve done our research. We are preparing as best as we can. We still respect them regardless of what’s happening. We also believe we are a strong team and we are going there to get three points.”

The 22-year-old expects Usuthu to come out attacking.

“I think they have a very well-known style of football under Benni [McCarthy]. Whether they win or lose we prepare [for] them the same way. I don’t think their results affect our preparations,” he said.

Meanwhile, Usuthu defender Tapelo Xoki said they are staying positive. Xoki believes they just need a win to get the monkey off their back this season.

“We are trying to keep a positive spirit in the team and trying to be positive all the time. We know things have not gone our way in our last few games but we are hopeful that things can turn around,” Xoki told the club's media department.

“We just need that one win to kick us on. It’s been eluding us but we know we are close to getting one over and from there we can go on a positive run.

“For now we are trying to do the right things, basics right and not put ourselves under pressure. We know that we are capable of going on a run and we just need to start winning.”

Stuart Baxter's selections have come under scrutiny in recent weeks and the Kaizer Chiefs coach has found himself having to explain the absence of ...
Sport
8 months ago

Davids: Mabasa still being nursed back to playing 90 minutes for Pirates

Tshegofatso Mabasa has been used sparingly by Orlando Pirates at the start of the 2021-22 season despite seeming to almost always have a goal in him ...
Sport
8 months ago

Marumo Gallants goalkeeper Washington Arubi has promised they will overturn the 1-2 defeat they suffered in the CAF Confederation Cup first leg ...
Sport
8 months ago

Coming from behind twice to force a 2-all stalemate at home to Golden Arrows, courtesy of goals from his two strikers Mxolisi Macuphu and Mthobisi ...
Sport
8 months ago
Next Article