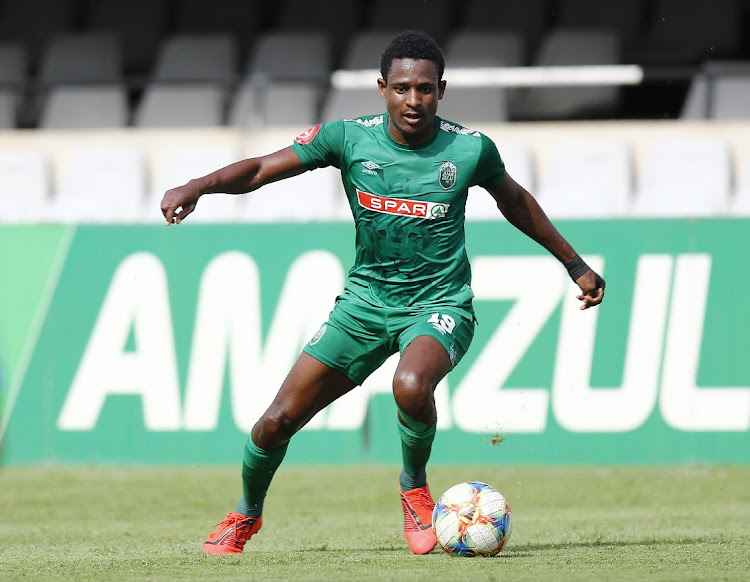 Talent Chawapiwa has shared the close bond which Sekhukhune players have with head coach McDonald Makhubedu and believes it will help them in their maiden season in the DStv Premiership.

Chawapiwa joined Sekhukhune from AmaZulu at the beginning of the season and said the relationship they enjoy with the technical team is something special.

“Working with coach Makhubedu is easy. To me, he is like a brother and to the players too. The understanding he has with the rest of the players makes it easy for us to work under him and perform well,” Chawapiwa told Sowetan.

“I’ve enjoyed working with him since [our time at Baroka] and I’m looking forward to continuing with that relationship here at Sekhukhune.”

With the Zimbabwean international aiming to revive his career at the club after a disappointing stay at AmaZulu last season, he feels he has settled in well.

“So far, so good. I have been settling very well through the support I have got from the coaches and the players. It has been amazing. It made it easy for me to fit in at the club,” he said.

“The move was all about the game time and getting back to my best and also bringing that real Talent that people saw at Baroka. I’m working towards that and I believe I will get back to that with time here.

“And with the support I’ve got from the coaches so far, that’s what a player needs to get back to his best. The self-belief is starting to come back.”

Makhubedu is also a big admirer of Chawapiwa, having worked with him at Baroka when he first arrived in the Premier Soccer League in 2017 from Zimbabwe side Platinum.

Sekhukhune have a jittery start to the league, losing 1-0 to Chippa United followed by a 2-0 win away to  and a 1-1 draw at home with Stellenbosch.

They will hope to score their second win when they visit Baroka at Peter Mokaba Stadium on Saturday at 5pm.

“My plan here is to win something with the club and bring joy to the fans. We are working hard to achieve that here and so far things are going well.”

TS Galaxy players, management and support staff heeded the call by President Cyril Ramaphosa to get the jab yesterday.
Sport
4 months ago

SuperSport United have refused to read too much into AmaZulu's early struggles this season ahead of their DStv Premiership match at Kings Park ...
Sport
4 months ago

Stuart Baxter surveyed the wreckage of Kaizer Chiefs' league defeat to Mamelodi Sundowns at the weekend and admitted the penalty miss by Lebogang ...
Sport
4 months ago
Next Article