Baxter looks for positives in performance against Downs

Coach feels defender Dube will only get better 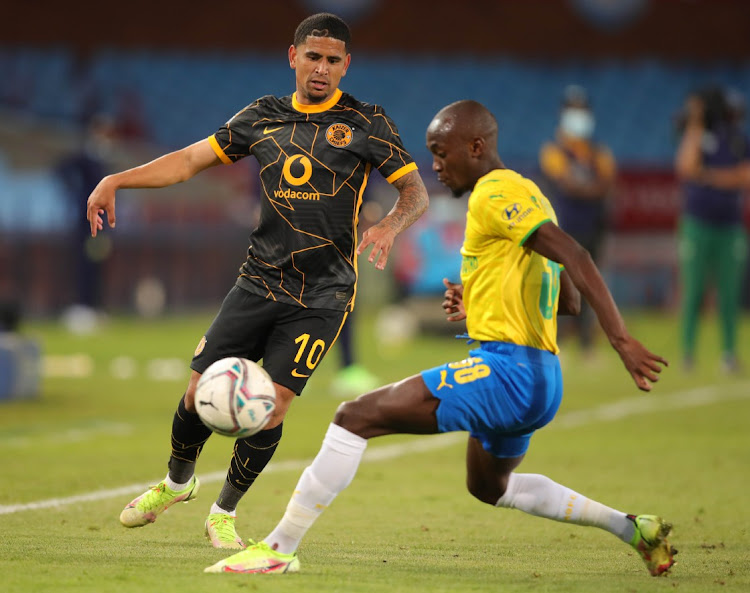 While conceding that their defending was unconvincing when they lost to Mamelodi Sundowns at the weekend, Kaizer Chiefs coach Stuart Baxter still rated Amakhosi’s display as the best against the Tshwane giants since he has been coach.

Sundowns prevailed via goals from Grant Kekana and Peter Shalulile, while Lebogang Manyama, who replaced Sifiso Hlanti in the 74th minute, missed a penalty that would have perhaps brought Chiefs back into the game at Loftus Versfeld.

“I don’t think I have ever been in a game against Sundowns where we’ve been as well in the game and as dominant as we were at times this evening [on Sunday]. I thought we opened the game very, very well,” said Baxter.

Starting his maiden official game in Chiefs colours, new centre-back Austin Dube, 28, was Chiefs’ closest defender to the Downs players both times they conceded. Baxter is of the view Dube will use his shortcomings against the Brazilians as lessons to improve on. Chiefs' next game is at home to Royal AM on Saturday.

“I think he [Dube] did well in patches but Austin is going to be a good player. I think this is a baptism of fire tonight, he’s got Sundowns that have tactically good players... they made things difficult for him. At times he showed he’s going to be a decent player for us,” said Baxter.

The Chiefs mentor also weighed in on Manyama’s missed spot-kick, confirming the attacking midfielder, who was featuring for the first time this term after recovering from an unspecified injury, isn’t one of the side’s designated penalty takers.

“We have four or five penalty takers. When they're on the field and they say they don't want to take it, I've got little control where that responsibility goes,” Baxter clarified.

“If it was me and I was on the field, if I were one of the players, I would have pushed Lebo away because he's only just back at his first game from injury.”

Highly-rated left-back Malebogo Modise is indebted to GladAfrica Championship side JDR Stars for taking him on loan, hoping to use the opportunity to ...
Sport
2 months ago

SuperSport United have refused to read too much into AmaZulu's early struggles this season ahead of their DStv Premiership match at Kings Park ...
Sport
2 months ago

Stuart Baxter's selections have come under scrutiny in recent weeks and the Kaizer Chiefs coach has found himself having to explain the absence of ...
Sport
2 months ago
Next Article