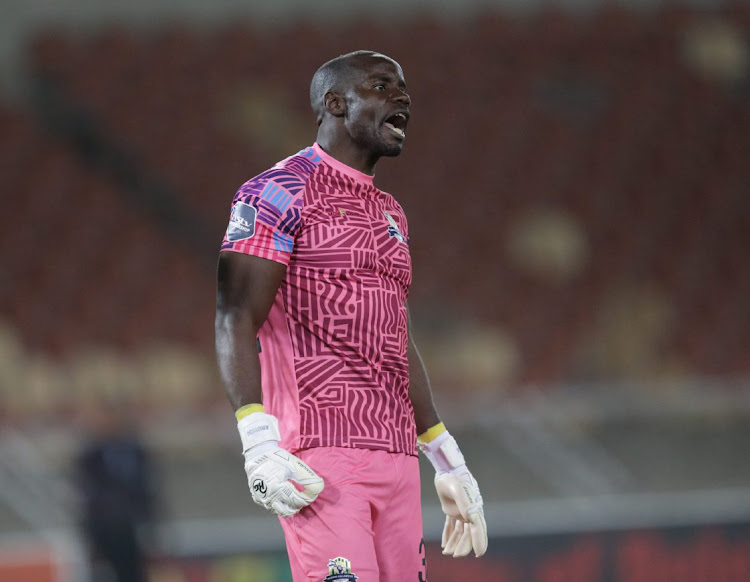 Marumo Gallants goalkeeper Washington Arubi has promised they will overturn the 1-2 defeat they suffered in the CAF Confederation Cup first leg against Futuro Kings in Equatorial Guinea on Saturday.

Gallants secured an away goal amid the upheaval leading up to the match, where they travelled with just 13 first team players. This was after several squad members were not registered, with others facing passport and visa complications.

With the second leg set for Peter Mokaba Stadium on Friday (3pm), Arubi, who only arrived a few minutes before kickoff, believes they have enough quality to progress to the second round.

“The guys pushed though it was a tough game. At least we managed to score an away goal though we lost. That was a good game,” Arubi told the club’s media department.

Arubi insisted that his late arrival didn’t have a negative impact on his performance. He was criticised by coach Sebastian Migne, who believes Arubi conceded a soft goal.

He was with the Zimbabwe national team that played Ethiopia in the 2022 Qatar Fifa World Cup last week. He travelled to Zimbabwe before returning to SA to connect to Equatorial Guinea.

“It was tough but at the end of the day I had to do that [travel] because I’m contracted to the team.

The club wanted me to be here, so at least I managed to get here around 2pm and managed to play at 4pm and I didn’t feel anything, which means mentally and physically I’m always on point,” he said.

Meanwhile, AmaZulu have a mountain to climb after losing 0-1 to Nyasa Big Bullets in their Champions League preliminary round at home on Friday.

Usuthu have to win away on Saturday to have any chance of going to the second round.

Newcomers Royal AM finally won their first match in the premiership when they beat Chippa United to hand the Gqberha side their maiden defeat of the ...
Sport
1 week ago

Orlando Pirates have suffered a major blow to their 2021-22 season with star creative forward Thembinkosi Lorch ruled out for the rest of the ...
Sport
1 week ago

Orlando Pirates had to work like a fully loaded dump truck negotiating a steep hill for it, but they finally managed their first win of 2021-22, 1-0 ...
Sport
1 week ago

Stellenbosch FC head coach Steve Barker says the international break has its advantages as his side looks to rebuild squad morale within the camp.
Sport
1 week ago
Next Article