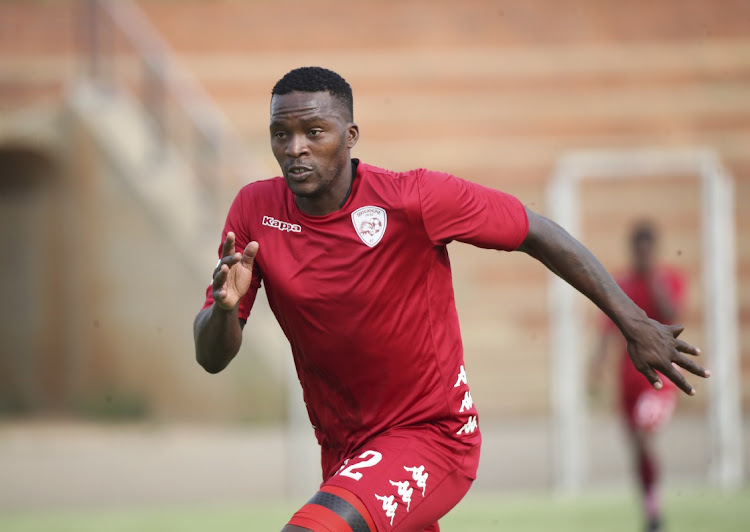 Morgan Gould is excited about the new challenge that lies ahead for him after officially hanging up his soccer boots yesterday.

Gould, who was with Sekhukhune United when he called it quits to his impressive career, will now take over as the club's Multichoice Diski Challenge team assistant coach to Themba Masango.

It is a role Gould is relishing and he is looking forward to contributing to the success of the club in the Diski Challenge competition.

“My adjustment to my new role is pretty much one of feeling overwhelmed in terms of being grateful for the opportunity that the club has presented me with,” Gould told the club media department yesterday.

“It took a very brave step moving a player off the field and on to the side. It is very courageous in terms of not all footballers can become good coaches. It shows that there is a belief in what I have done for the team.”

Although he revealed that it was not his decision to hang up his soccer boots, the 38-year-old said that he would try to repay the faith shown by the club for giving him the assistant coach position by working together with Masango and help them win.

“There is a belief of what my character can bring to the team. But also, to be honest with you, it wasn’t my move. The technical team didn’t see a need to keep me on and it is just unfortunate what happened,” he said.

“But in saying that, it takes a bigger man to take a different role and psychologically, yes, it plays in my mind that I could have given more.

“But it is also a good thing that it will leave me with a hunger to achieve, because I believe I strive for big things and I might not win the trophies but me giving my all is an achievement. We can grow and learn from all these adjustments.”

In 2008 he joined SuperSport United and went on to win two league titles and a Nedbank Cup title.

A move to Kaizer Chiefs in 2012 also saw him adding two more league titles in his career.

With over 31 Bafana Bafana caps under his belt, he made his international debut in 2008, and was part of the Bafana team that took part in the 2010 Fifa World Cup in SA.

While Swallows will be looking to compound Orlando Pirates’ misery when they meet in the DStv Premiership Soweto derby at Orlando Stadium tomorrow ...
Sport
8 months ago

Maritzburg United coach Ernst Middendorp believes it is premature to start talking about what needs to be done to turn the club around despite ...
Sport
8 months ago

It’s always tempting to jump to Bafana Bafana’s praises when they do well, given that all we’ve known from them of late has been disappointment and ...
Sport
8 months ago
Next Article