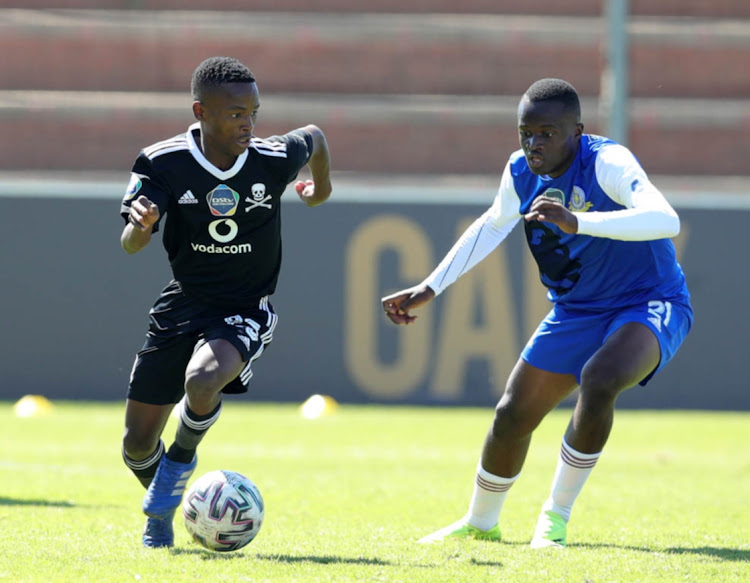 That Orlando Pirates have never clinched any reserve league title, combined with their ineptitude to promote ample young players to the senior team, make them arguably one of the most unsuccessful teams in the Diski Challenge history.

Ahead of the start of what's the eighth reserve league campaign this weekend, Pirates Diski coach Mandla Qhogi has sounded bullish about finally winning the reserve league title this term. The Buccaneers get their Diski campaign underway against Soweto rivals Kaizer Chiefs at Bidvest Stadium on Sunday (12.30pm).

“We’re looking forward to bring back the glory days by winning the 2021/22 season’s Diski title. We know it won’t be easy, but with hard work and that element of outsmarting our competitors in all departments of the game, it is possible,’’ Qhogi told Sowetan.

“That we haven’t won Diski Challenge in seven seasons doesn’t seat well with us as the current technical staff because over the years Pirates used to dominate all youth competitions.’’

Qhogi underlined the importance of winning against their foes Chiefs, saying the game is more about the bragging rights. The Pirates coach is of the view that a win against Amakhosi will lay a solid foundation for their campaign.

“Derbies are never easy to prepare for. Playing Chiefs is always more about the rights of ruling the nation in the football circle. For us, winning will certainly set the tone for the rest of the season,’’ Qhogi said.

Qhogi also shared details of the make of his squad this term, singling out a few players he thinks will impress this season.

“We have only four players that have Diski experience. The average age of our squad is 19. Samukelo Kabini, 17, is one of our best players this season… he’s a left-back. The boy is technically good, physically strong with aerial dominance,’’ Qhogi said.

“Not forgetting the diminutive yet dynamic 18-year-old Sphamandla Mdunge, who's full of energy. There’s also Mohau Nkota… just watch out for him.”

Fixtures (all at 10am at Bidvest Stadium unless stated)

Morgan Gould is excited about the new challenge that lies ahead for him after officially hanging up his soccer boots yesterday.
Sport
4 months ago

Banyana Banyana players Bambanani Mbane and Mamello Makhabane plan to use the Aisha Buhari Cup next week in Nigeria to see how far they are in their ...
Sport
4 months ago

While Swallows will be looking to compound Orlando Pirates’ misery when they meet in the DStv Premiership Soweto derby at Orlando Stadium tomorrow ...
Sport
4 months ago

Maritzburg United coach Ernst Middendorp believes it is premature to start talking about what needs to be done to turn the club around despite ...
Sport
4 months ago
Next Article