Billiat travelling back to Chiefs as Baxter eyes Manyama as supersub 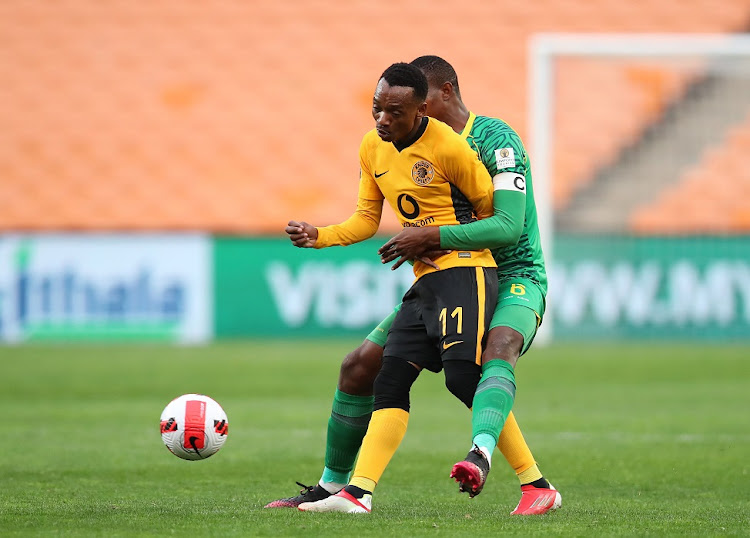 Lebogang Manyama is back in full training but can at most be used from the bench, while Khama Billiat is only expected back from international duty on Friday morning, Kaizer Chiefs coach Stuart Baxter said ahead of his team's big matchup against Mamelodi Sundowns.

Baxter said he will consider using midfield, wide or attacking star Manyama as an impact player in the DStv Premiership matchup between two early title contenders at Loftus Versfeld on Sunday. Cryptically, the coach added he has a “role in mind” for the versatile ex-PSL Player of the Season, without divulging what that is.

“Lebo's been training with us now - as he started training we were 'rehab-ing' him into training,” Chiefs' coach said.

“He had a deficiency in strength that we weren't happy with so we didn't put him into normal training - he was having modified training.

“He's now in full training, and he played 15 minutes in a friendly game at FNB. And he played very well, and he's fired up and wants to be involved now.

“Can he play a full game? No, not at all. But can he be on the bench and be an impact player? Probably now he can.

“Everybody understands what he brings to the team - that extra bit of quality, experience, and when he's fired up and concentrating he does have that little bit extra.

“You can play him in two or three positions, but I've got one role I want him to play for us, and he's been doing that in training very well.”

Billiat put in a bright shift at false No 9 in Amakhosi's exciting 2-1 win against Baroka FC at FNB Stadium in their last match, the Zimbabwean scoring in the ninth minute and showing glimpses of an old understanding with on-fire Chiefs signing and ex-Sundowns teammate Keagan Dolly.

The 31-year-old forward played full games in Zimbabwe's two 2022 World Cup qualifiers - a 0-0 draw against Bafana Bafana last Friday in Harare, and a 1-0 defeat to Ethiopia in Bahir Dar on Tuesday.

Baxter said travel arrangements back from East Africa meant Billiat would only report back to Naturena on Friday morning, and train on Saturday.

“Rulani [Mokwena, Sundowns' coach] said one of his players gets back at 4.30am [on Friday morning] - I think Khama may even be on the same flight,” Baxter said in the joint Sundowns-Chiefs press conference on Thursday.

“So you don't rush him into training. You tell him go home and sleep, do something during the day, some Tai Chi or whatever you want to do, but just get yourself ready to be in more sort of normal training the next day.”

Baxter said Leonardo Castro is in Colombia “totally immobilised after his operation, so that one's way down the road”, and Dumisani Zuma and Siyabonga Ngezana are “jogging”.

The Chiefs-Downs clash is a rematch of last month's MTN8 quarterfinal where Amakhosi fought back from 2-0 down at the break to end 2-2, the Brazilians winning on penalties.