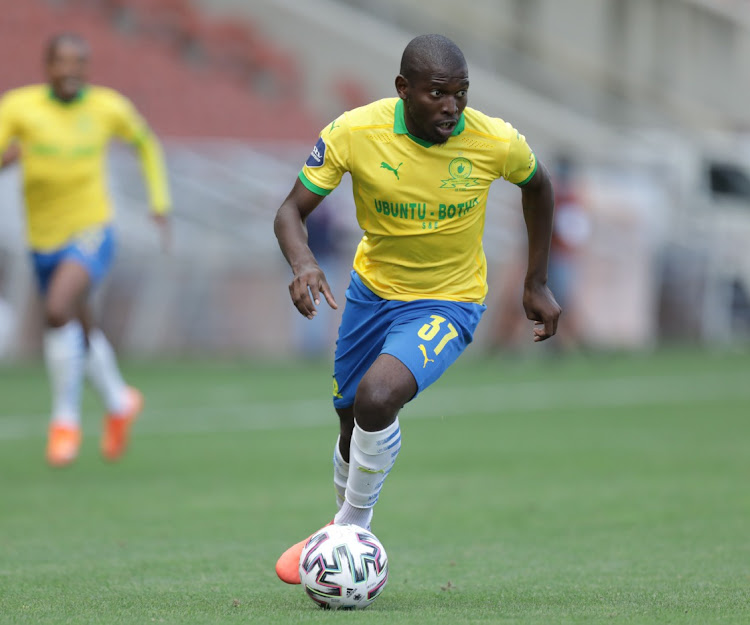 Having played as a winger in all Mamelodi Sundowns’ four matches across all competitions this season, utility left-back Aubrey Modiba is confident he’ll have a decent goal-contribution if he continues operating in that advanced role.

Last season Modiba, 26, played almost half of the games he featured in at his primary left-back slot, scoring once and assisting four times from 30 games across all competitions. The ex-SuperSport United man is optimistic he’ll have a better return in terms of goals and assists this term now that he’s been used in a more offensive role.

“I am confident that I will score more goals and lay a number of assists if I continue operating in that advanced role. As an attacking player, you need to take those numbers up… score goals and help your teammates score as well,’’ Modiba told Sowetan.

“But it’s not about me… it’s about the team, look at how [Thabiso] Kutumela laid that assist for Pavol [Safranko] to score against [Golden] Arrows [in the first leg of the MTN8 semifinals that they drew 1-all in Durban nearly two weeks ago], we’re a team and everyone can do the job.’’

Modiba is likely to keep his berth in the Downs line-up when they host Kaizer Chiefs in a league match at Loftus Versfeld on Sunday (5pm). “Postman” as Modiba is affectionately known, foresees a tough game against Amakhosi. The Sundowns utility man also revealed they want to garner more points than the 67 they managed last season, where Chiefs was the only side they lost to in the league.

“Chiefs are a very good side. You could see how they equalised in the MTN8 against us [to make it 2-2 before losing on penalties in the tournament’s first round]. Even their game against Baroka, you could tell that they’re determined to do better than last season, so we’re expecting a very tough game on Sunday,’’ Modiba noted.

“We’re the defending champions and a lot is expected from us. The aim is to better our last season’s record in term of points we collect. If you remember, we lost one game last season and it was against them, so a game against Chiefs is always tough.’’

Sunday’s game between two teams many have tipped as title candidates Mamelodi Sundowns and Kaizer Chiefs may be the weekend’s Dstv Premiership ...
Sport
11 months ago

AmaZulu coach Benni McCarthy had to rely on his defender Limbikani Mzava for information on Nyasa Big Bullets from Malawi, their opponents in the CAF ...
Sport
11 months ago

Swallows hot-shot striker Ruzaigh Gamildien has shared a secret about his superative shows against the big teams Orlando Pirates, Kaizer Chiefs and ...
Sport
11 months ago
Next Article