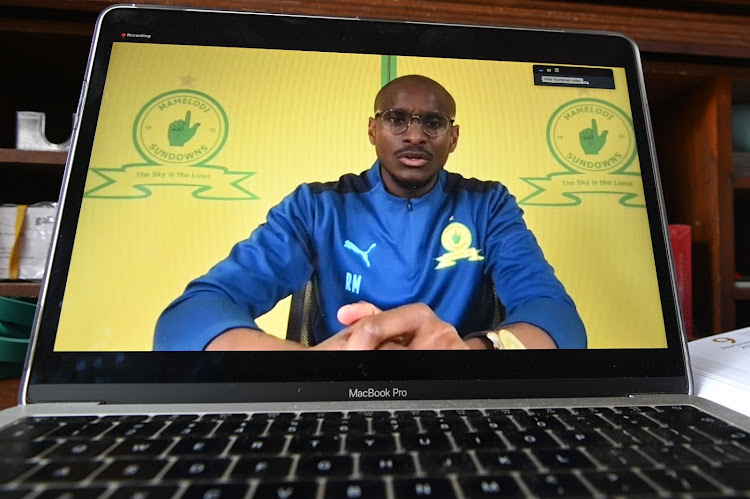 Mamelodi Sundowns co-coach Rulani Mokwena has admitted to “an element of truth” to a disagreement between the club's coaching trio that was the subject of a media report this week, but said the issue has been resolved.

Mokwena confirmed that his fellow Downs coach, Manqoba Mngqithi, had apologised for the incident reported on in SoccerLaduma.

The report alleged the incident involved Mngqithi making remarks that undermined Mokwena at a training session when his co-coach was not present.

“I read the article, and I was expecting the question already,” Mokwena said, inevitably asked to clarify the report of a row in Thursday's pre-match press conference to Sundowns' big DStv Premiership game against Kaizer Chiefs at Loftus Versfeld on Sunday.

“It's a difficult one to answer. It's a bit difficult not to come across as trying not to be honest, but at the same time [I have to] try to protect the club — we've got a very big game on Sunday and our focus and energies must be on that.

“But also, in the corner of my mind there's also the importance of clarifying some of the things. And it's a pity because sometimes with some of the things that come out, you're like, 'My goodness, how did this get out?'

“And for me that is probably the biggest problem — having a mole and people who report certain things to the media. We should not have people in our club who go about that sort of behaviour — that should not be allowed.

“Because in any organisation, in any household, and wherever there are relations, of course there are going to be one or two squabbles and disagreements, and those should not be blown out of proportion.

“I get disappointed, in my personal capacity, when I'm on the other side. And maybe this question should be given to coach Manqoba because what was reported in the media, there is an element of truth to it.

“But for me, the coach apologised and we move on and we focus on what's important for Mamelodi Sundowns, and that's it. I've got nothing more to say about it.”

Downs' coaching trio apparently worked for the most part harmoniously defending a record fourth successive league title for the club last season. They ensured a smooth transition after the shock departure of Pitso Mosimane, who won 11 trophies in eight years at the club, for Al Ahly.

The report alleged the coaching hierarchy between Downs' co-coaches Mngqithi, Mokwena and ex-Chiefs and Bafana Bafana assistant and caretaker coach Steve Komphela had become a source of tension.

Mngqithi and Mokwena were initially appointed co-coaches after Mosimane's exit, with Mngqithi given veto on decisions where a consensus could not be agreed on. Komphela was later added as a senior aide to the pair, but answered to both.

Komphela being unable to leave Sundowns to take the head coaching job at Orlando Pirates due to the expense of his buyout clause was another source of friction, the report alleged.