How Cheeseboy rebuilt his career after almost quitting

Mokoena moved from being clubless to Birds skipper 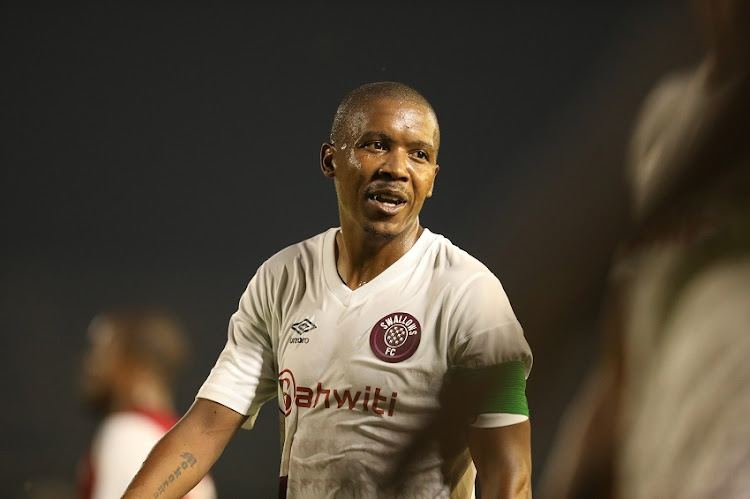 Veteran midfielder Lebohang Mokoena has credited maturity for his resurrection at Swallows.

Mokoena’s revival follows a frustrating patch in his career after winning the league title with Mamelodi Sundowns in the 2015/16 season.

What followed was a struggle for game-time at Ajax Cape Town, being clubless in 2017, before he went on to play in the GladAfrica Championship with unfancied Maccabi.

While the 34-year-old nearly came close to calling it a day, his career is now back on track at the Birds as captain. He joined the history rich club while still in the NFD, and went on to win the GladAfrica Championship title with the club and automatic promotion to the elite league.

“I will say it is part of maturing. There was a time when I lost my mother. I had gone off the rails. I think I was 18 or 19 years old playing in the big league that time,” Mokoena told Sowetan.

“I’ve been through hell and I was crucified for things that I didn’t know but I managed to overcome that. Time away from football has also allowed me to bond with my kids and to know myself a little bit better.

“And the transformation came about when I put everything aside and said this is my journey... I’m going to continue with it and up until God says ‘Lebo this is time’. I’m enjoying myself currently.”

The Soweto-born star is now in his second season in the DStv Premiership and dishing out consistent performances for Swallows as playmaker and captain.

In his first season Cheeseboy featured in 28 league matches and once in the Nedbank Cup. This  season he has played in all three games so far.

“I’m still enjoying the moment and I think that’s very important because the day I hang up my boots, I don’t want to sit back and say I could have played another season or two.

“I will do it at the right time. Now I want to help the club."

Mokoena also highlighted his lack of scoring recently after banging goals in the past years as the reason of being clubless in 2017.

“I think it is a transformation. If you don’t play for the season, the following year is a bit difficult.

“To readjust after being out for so long becomes a little bit difficult. But luckily for me, I am a versatile player. At the GladAfrica Championship, I got used to playing at number 10, I played behind the strikers and I scored many goals for Maccabi that time.

“At Swallows, we are playing almost the same system, a little bit offensive and we scored a couple of goals. This season is a bit different because I’m playing a different role.”

Swallows will visit Orlando Pirates at Orlando Stadium on Saturday, hoping to make two wins out of two this season, following their victory in the MTN8 last month.

Having played as a winger in all Mamelodi Sundowns’ four matches across all competitions this season, utility left-back Aubrey Modiba is confident ...
Sport
11 months ago

AmaZulu coach Benni McCarthy had to rely on his defender Limbikani Mzava for information on Nyasa Big Bullets from Malawi, their opponents in the CAF ...
Sport
11 months ago

Benni McCarthy says he doesn’t need to be inspired by anyone, including a Bafana Bafana coach, to start believing in young players.
Sport
11 months ago
Next Article