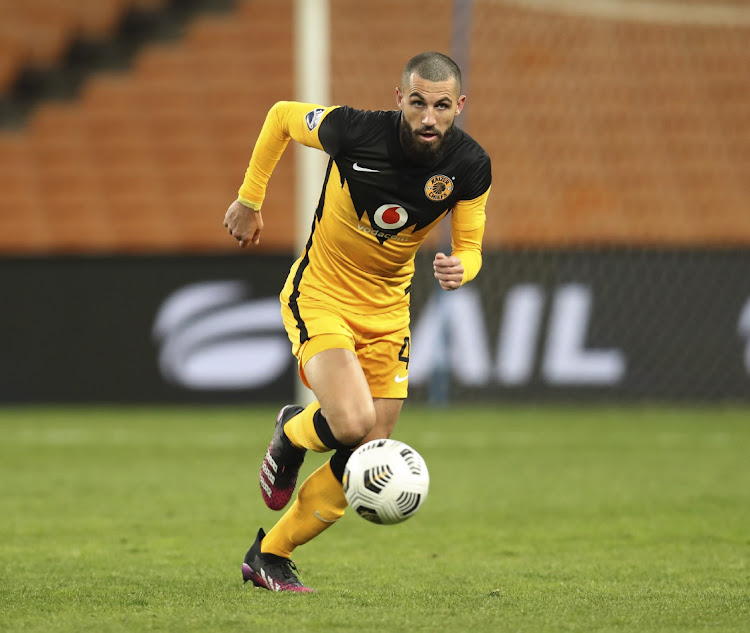 Daniel Cardoso has opened up about his much-criticised central defensive partnership with Eric Mathoho at Kaizer Chiefs, asserting the arrival of Bafana Bafana pair Njabulo Ngcobo and Austin Dube has been a wake-up call for them.

When Chiefs recruited highly rated centre-backs Ngcobo and Dube from Swallows and Richards Bay, many believed the duo would immediately replace Cardoso and Mathoho to forge a new centre-back pairing.

However, coach Stuart Baxter has opted to keep faith in Cardoso and Mathoho despite a spate of shaky displays in recent months. By his own admission, Cardoso has conceded his combination with Mathoho was deficient last term. Cardoso, who turns 32 on October 6, believes the presence of Ngcobo and Dube has rejuvenated him and Mathoho.

“It was good that the club brought in two central defenders [Ngcobo and Dube]. Last season you could see me and Tower [Mathoho] weren’t the best central pairing... you know we leaked a lot of goals. We’ve improved as a centre-back pairing and I think that extra pressure makes you not want to put a footstep wrong,” Cardoso told Sowetan.

“Last season there wasn’t really cover and this season there are two great centre-backs... I mean Njabulo was defender of the season and Austin has a point to prove, coming from the NFD, so if me and Tower step one foot wrong, we know that we’ll be replaced very quickly. We always have to keep on our toes, unlike last season where we were very comfortable.”

Ngcobo scooped the PSL defender of the year award during his tenure with Swallows FC.

Having started all of Amakhosi’s three games across the MTN8 and the league this season, where they conceded three goals, it remains to be seen if Baxter will keep faith in Cardoso and Mathoho when Chiefs trade blows with defending league champions Mamelodi Sundowns at Loftus Versfeld Stadium on Sunday (5pm).

Cardoso has dared the Brazilians to underestimate them, implying their last outing, a 2-1 home win over Baroka two weeks ago in the league, was a statement.

“We showed in our last game against Baroka that we can play football. If you look at the first half [of the Baroka game] we should have been 8-0 up, so they [Sundowns] are aware of us. The Fifa break also helped us to prepare for this game,” said the Chiefs defender.

AmaZulu coach Benni McCarthy had to rely on his defender Limbikani Mzava for information on Nyasa Big Bullets from Malawi, their opponents in the CAF ...
Sport
10 months ago

Benni McCarthy says he doesn’t need to be inspired by anyone, including a Bafana Bafana coach, to start believing in young players.
Sport
10 months ago

‘We are not done in the transfer market’, says Da Gama

TS Galaxy have signed eight players so far this season, but coach Owen da Gama has not given up hope of further bolstering his squad
Sport
11 months ago

Sunday’s game between two teams many have tipped as title candidates Mamelodi Sundowns and Kaizer Chiefs may be the weekend’s Dstv Premiership ...
Sport
11 months ago
Next Article