Ndah, Peprah have some convincing to do given previous history 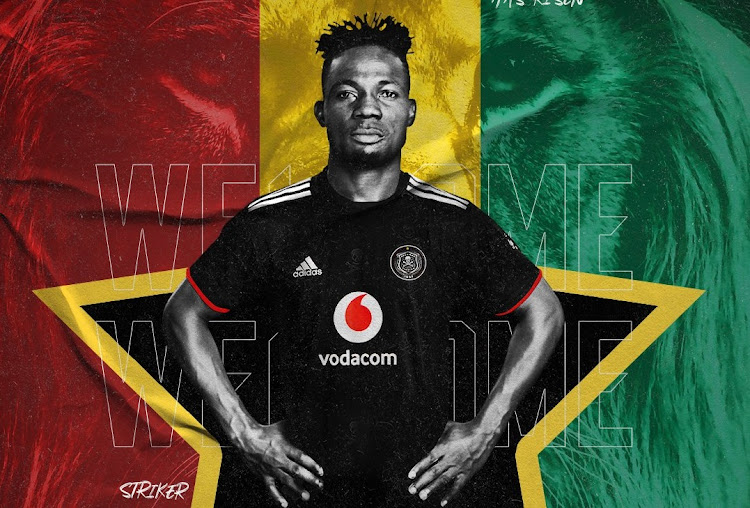 Ghanaian striker Kwame Peprah, pictured here in a promotional picture released by Orlando Pirates, has been officially announced as a signing by the Buccaneers.
Image: Orlando Pirates FC/Twitter

In Nigerian defender Olisa Ndah and Ghanaian striker Kwame Peprah, have Orlando Pirates got the right foreigners this time around?

This question is informed by the harsh reality that Pirates’ direct foreign acquisitions hardly made their mark at the club in recent seasons. Last week, Ndah and Peprah completed their Pirates moves from their native clubs Akwa United and King Faisal respectively.

French goalkeeper Joris Delle, Congolese striker Mundele Makusu and Zambian winger Austin Muwowo, who’s since been shipped out to Swallows on loan this season, are some of Pirates’ recent foreign recruits who flopped tremendously.

Zambian twin strikers Augustine Mulenga and Justin Shonga also didn’t really stand their ground at the Soweto giants. Joining the club straight from his native Zambian outfit Power Dynamos in 2004, Isaac Chansa is arguably the last Pirates’ direct foreign signing who did hold his own at the club.

Shining foreigners who’re currently in the Sea Robbers’ ranks such as Namibian utility left-winger Deon Hotto and Malawian striker Gabadinho Mhango were not recruited directly from their home countries, having joined the club after years in SA with different sides in the division.

Retired Malawian left-winger Josephy “Shakira” Kamwendo, who lasted four years between 2007 and 2011 at the Buccaneers having joined from his country’s Might Wanderers, has recommended that patience must be exercised to foreigners who come to Pirates by a direct route.

“Players coming to Pirates straight from other countries must be given time to know how things are done at the club. Pirates is a big club and it’s not easy to just come in and settle… it takes time,’’ Kamwendo told Sowetan from Malawi, where he serves as the national Under-20 side assistant coach.

“The only way to see if the player is good or not is by putting him on the pitch, so I would urge the club to be patient with these kind of new players, maybe after one season you can loan him out if he’s not what you were thinking he is.”

Edelbert Dinha, an erstwhile Zimbabwean-born Pirates holding midfielder, who joined the club from Ajax Cape Town, reckons the major factor that contributes to direct foreign signings to struggle at the Sea Robbers is their mentality of underestimating the Premier Soccer League.

“Sometimes these players come from countries that are the powerhouses and thinking because maybe their countries are better than SA in terms of football, it’ll be easy for them to crack it,’’ said Dinha.

Underestimating Swallows is one of the main reasons Orlando Pirates have struggled to beat them in the DStv Premiership.
Sport
8 months ago

Former France defender Jean-Pierre Adams has died at the age of 73, almost 40 years after falling into a coma following a medical error, his former ...
Sport
8 months ago

Ghana goalkeeper Richard Ofori is looking forward to reacquainting himself with old friends when the West Africans face Bafana Bafana in a crunch ...
Sport
8 months ago

At 37, veteran winger Elias Pelembe has no intentions to hang up his boots any time soon.
Sport
8 months ago
Next Article