Coach worried that Ndlovu’s talent is being stifled at Bucs 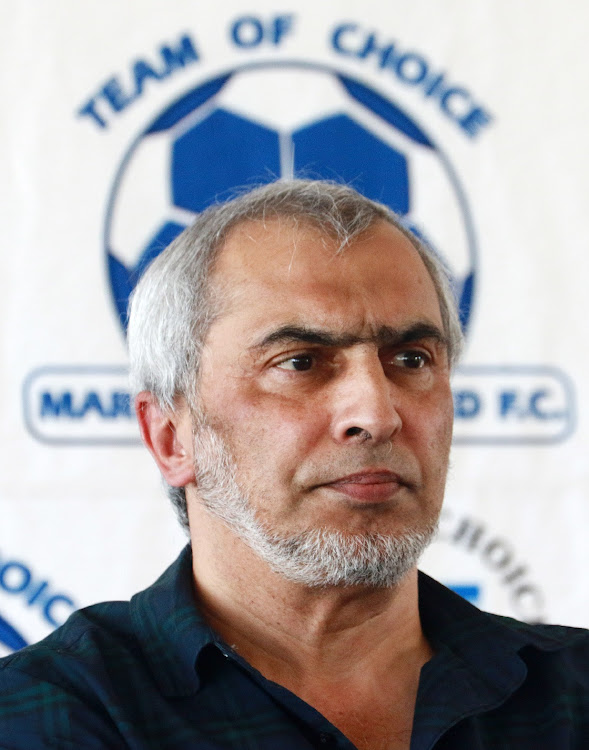 Maritzburg United chairperson Farouk Kadodia has taken a swipe at some football agents, saying they rush players to join big clubs for their own benefit.

Kadodia was speaking after seeing former player Siphesihle Ndlovu failing to translate the form he showed while with Maritzburg at Orlando Pirates.

Kadodia feels Ndlovu needed a season or two with the Team of Choice to grow before moving to big teams. He accuses some agents of being bad influences on the players.

“The reality is that when Ndlovu was on form when we reached the Nedbank Cup final a few seasons ago, he needed one or two more seasons with us,” Kadodia told the media.

“I think agents try to rush players for their own benefit to the big clubs. I definitely feel for Ndlovu because I feel that the kind of talent that he has, now it’s parked in a parking bay.

“We need his club to come on and say if he needs more game time and we are not going to use him, then they must send him to Maritzburg.

“If Pirates don’t use him and want us to further mature his career, then we are welcomed.”

In the past, the Team of Choice have lost many key players to big clubs in Gauteng, the likes of Ndlovu, Fortune Makaringe, Richard Ofori, Rushine de Reuck, Thabiso Kutumela, Kwanda Mngonyama and Bandile Shandu.

They are likely to lose Bongokuhle Hlongwane in the future but Kadodia insists he will try to guide him properly not to make the same mistake as others in the past.

“He is a young boy and he needs to develop his career very well,” he said.

“Football is very wicked. Big clubs come and speak to him and spoil him, and the player obviously gets that financial temptation. We, as the club, want to see the player happy. It is not all the time that a player would want to stay here. We’ve seen a lot of our players going to big clubs and we also have aspirations and we will do our best to keep players at Maritzburg so they can be groomed correctly.

“The dangerous part is that many players that go to wrong big clubs don’t have game time and that’s where we have an issue of football agents. They have to guide the players correctly.”

At 37, veteran winger Elias Pelembe has no intentions to hang up his boots any time soon.
Sport
1 month ago

Hackers have invaded SuperSport United coach Kaitano Tembo’s privacy and are making his life a living hell. The hackers helped themselves into the ...
Sport
1 month ago

Mamelodi Sundowns will represent SA at the inaugural CAF Women’s Champions League in Cairo, Egypt, before the end of the year.
Sport
1 month ago

A World Cup qualifier between Argentina and Brazil was suspended amid farcical scenes on Sunday after Brazilian health authorities accused a number ...
Sport
1 month ago
Next Article