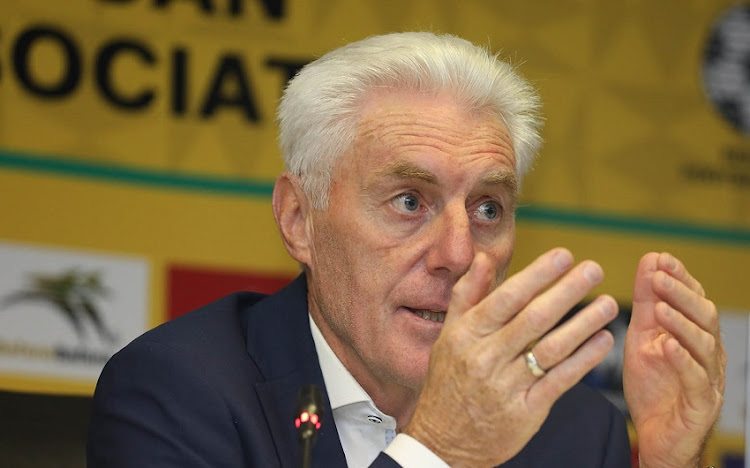 Bafana Bafana coach Hugo Broos is pleading for more time to settle into his position.

Speaking yesterday to a group of journalists at the FNB Stadium where Bafana Bafana will host Ghana in the 2022 Qatar Fifa World Cup qualifier today at 6pm, the Belgian said: “We need time to build a team. The team has not yet reached the level that I expect. Let us focus on building a team first. We still have a lot of work to do and we need a little bit of time before we can start producing the results.”

The 69-year-old mentor is well aware that tonight’s clash against the Black Stars of Ghana is a decisive test.

“It is our biggest test. We are not afraid of Ghana but we know that it will be a tough match for us,” said Broos, who added that the idea was not to lose. In fact, he is of the view that a point will not be a train smash.

However, he admitted that winning the home matches was key to qualifying for the World Cup. Only the group winners will advance to the next round of the qualifiers.

“We will play not to lose,” he said. “Winning your home games gives you a chance to qualify.”

Broos said he had a clean bill of health and that everyone was fit and ready to play.

Vice-captain Percy Tau said: “We will fight and give Ghana a run for their money. We are getting better as a team and we are optimistic going into the game.”

Tau, who has just signed with Al Ahly, said it helped that they knew Ghana well after playing against them in the Africa Cup of Nations (Afcon).

Bafana lost 2-0 in Ghana during the Afcon qualifiers in Accra on November 15 2019 and held them to a 1-1 draw at the FNB Stadium on March 25 this year.

“We feel that we can win as we know each other well. We know what to expect and the same thing goes for them,” said Tau.

Bafana Bafana intend to take the fight to Ghana when they host the West Africans in a crucial 2022 World Cup qualifier at FNB Stadium on Monday.
Sport
9 months ago

Mamelodi Sundowns attacker Lebohang Maboe has promised to come back stronger after he was effectively ruled out for the rest of the season with a ...
Sport
9 months ago

Bafana Bafana coach Hugo Broos has pointed out that their offensive play was not up to the required standard in their goalless draw in a 2022 Qatar ...
Sport
9 months ago

Bafana Bafana were held to a goalless draw by motivated Zimbabwe during their first 2022 Qatar FIFA World Cup qualifier that was played at the Harare ...
Sport
9 months ago
Next Article