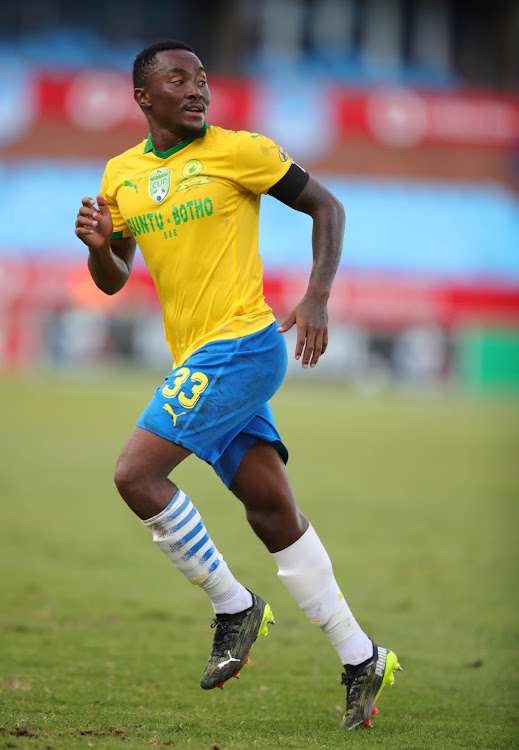 Mamelodi Sundowns attacker Lebohang Maboe has promised to come back stronger after he was effectively ruled out for the rest of the season with a lateral meniscus and anterior cruciate ligament (ACL) injury.

Given the complexity of the injury, Sundowns team doctor Carl Tabane this week said Maboe, who was one of the team’s star performers last season when they won the league title, is expected to be out of action for six to nine months.

“I’ll definitely be back soon and even stronger that’s for sure,” said the Bafana Bafana attacker as he embarks on the long road of rehabilitation and recovery.

“Today is just another day, nothing special going on but me keeping strong, enduring and persisting through the pain. So from the depth of my heart, I’d like to take this opportunity to thank everyone who wished me well and a speedy recovery.”

In explaining Maboe’s injury, Tabane described it as complex.

“Lebo sustained a complex knee injury at the beginning of August and he is four weeks post the injury and 11 days post surgery. Just to give background as to which structures in the knee were injured, he injured his lateral meniscus and his anterior cruciate ligament (ACL).

“In layman’s terms, a meniscus is a piece of cartilage that is found in the knee and it is more of a shock absorber between the thigh bone and the tibia, which is the shin bone.

“The ACL is one of the biggest knee ligament stabilisers and it also connects your firma, which is the thigh bone and the tibia. That got torn completely and he also sustained a lateral meniscus injury, so this is complex and obviously it needed surgery and surgery was successful.