'I know what the European coaches like,' says Luther Singh 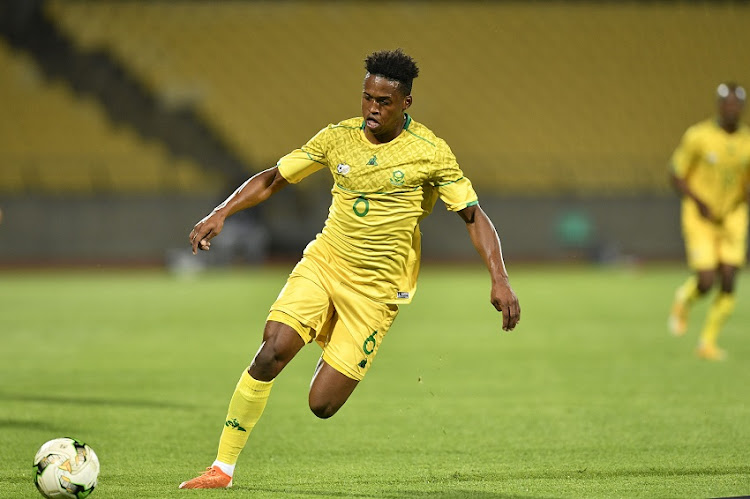 Luther Singh of South Africa during the international friendly between SA and Namibia at Royal Bafokeng Stadium on October 8, 2020 in Rustenburg.
Image: Lefty Shivambu/Gallo Images

Bafana Bafana striker Luther Singh says he won’t struggle to adapt to the style of play of coach Hugo Broos.

The Copenhagen attacker touched down in SA on Tuesday morning and was the last player to report for duty.

“I wish I could’ve come earlier but my team FC Copenhagen was playing on Sunday, so I could only travel on Monday, that’s why I came late,” he said.

The 24-year-old Soweto-born goal poacher says he will “adapt” very quickly to the Belgian coach's style of play and is looking forward to working with him.

“He's a coach from Europe, like we all know, and I’m grateful to be here as part of the national team again,” he said.

“So mostly I think I will fit in well because I've been in Europe for quite some time.

“I will adapt well into the team and work with him. I know what the European coaches like and what they expect from the players.”

With the match being Broos's first in charge after he let his assistants take charge of the friendly against Uganda and the Cosafa Cup, Singh remains optimistic that they can come back from Harare with a good result.

“Wherever I’m needed I’ll heed the call,” he said.

“It’s not about my contribution only, it is about what can we do collectively, how will we work together for the ultimate dream – and that is to see Bafana Bafana go all the way to the Fifa World Cup 2022.

“The association has done so much for the game with regards to Covid testing and I’m sad for two of the players we’ve left behind [Thibang Phete and Thabiso Kutumela].

“The feeling of joining a camp and playing for my country never gets old.”

Singh has netted 36 goals and registered 20 assists in 162 games since making his professional debut in the Swedish second-tier back in 2015.