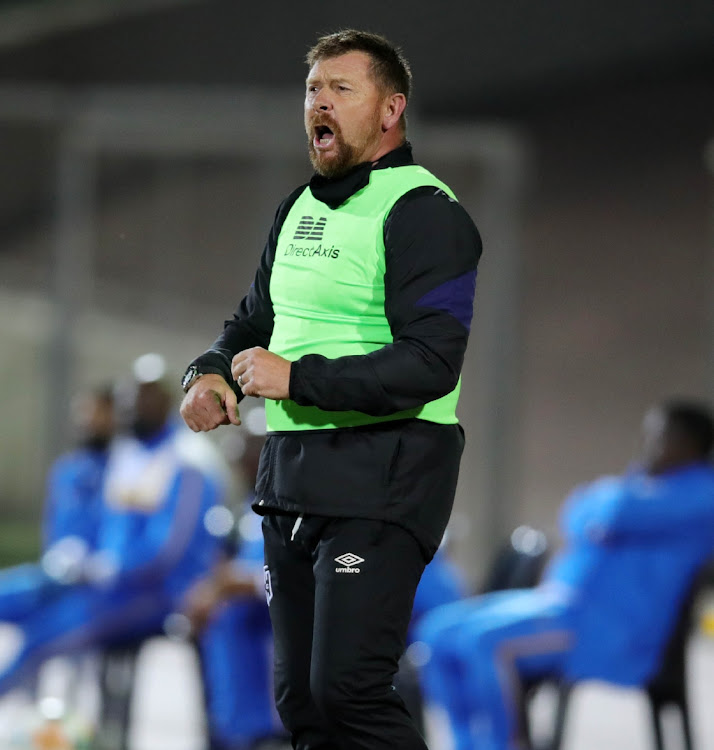 While he lamented the missed opportunities that could have easily won the game for them, Cape Town City coach Eric Tinkler was left encouraged that they kept a clean sheet against Swallows on Sunday.

City and Swallows played out to a goalless draw in the first leg of the MTN8 semifinals at Athlone Stadium. The return leg is at Dobsonville Stadium on September 29.

“I think today the players adapted to the new system very well. I am very happy with that. Obviously, I am also happy that we kept a clean sheet but we should have won this game comfortably, to be honest,’’ said Tinkler post the game.

“We tried to be a little bit brave in terms of the players we played in this game, very offensive. We created so many chances and we did everything well barring finding the back of the net. We hit the post and the goalkeeper had to make a few saves…some clearances nearly off the line from their players.”

Tinkler thinks they forced the Birds to abandon they own game plan, emphasising they never really threatened them apart from when they tried to use counter-attack in the first period. The City coach felt Swallows were ineffective on counters when either Mpho Makola or Mduduzi Mdantsane dropped deep in the second half.

“I think it was a very dominant performance by us. We knew that Swallows were going to be a very, very difficult team in terms of how they play and the formation that they utilise, playing with the full-backs…going inside and we changed their formation slightly to try and catch them,’’ Tinkler stated.

“The only real time they caused any threat was on the counter. Even at half-time we rectified that area and we really didn’t play with a natural holding midfielder today but we asked Bibo [Makola] or Mdu [Mdantsane] to do that, in the second half they didn’t hit us on the counter anymore.”

Bafana Bafana coach Hugo Broos wants the mentality to be right from the players when they approach their first Fifa World Cup qualifier against ...
Sport
4 months ago

Having to endure a lot of criticism from those describing his move to Al Ahly as a downgrade, Percy Tau insists he has made the right decision to ...
Sport
4 months ago

Cape Town City and Swallows played to an exciting goalless draw in their first leg MTN8 semi-final in Athlone on Sunday but anyone who watched the ...
Sport
4 months ago

Swallows coach Brandon Truter seemed to suggest that the team’s management dropped the ball after he said he was unimpressed with the logistics and ...
Sport
4 months ago
Next Article