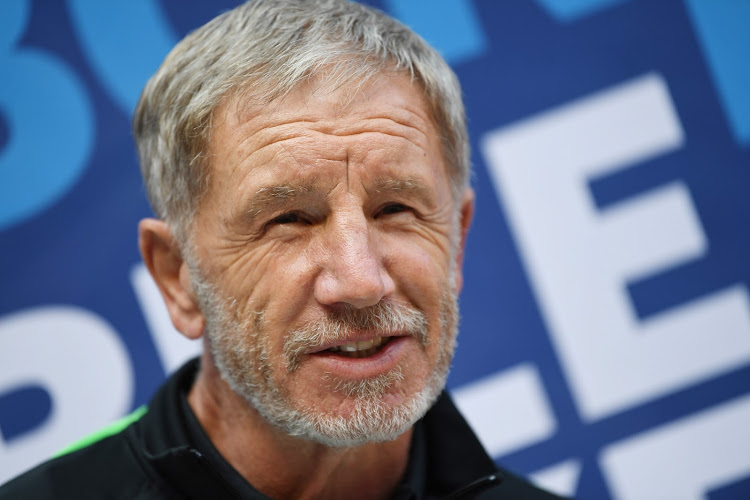 Kaizer Chiefs coach Stuart Baxter has suggested the club is done in the transfer market, saying he believes he has a combination at Naturena he can work with.

Baxter said after Chiefs’ at times inspired first win of the season, 2-1 in their DStv Premiership matchup against Baroka FC at FNB Stadium on Wednesday, he will not be looking for short-term solutions to outstanding issues in his squad via Chiefs’ cheque book.

The former Bafana Bafana coach said he will work on the training ground to optimise a promising new-look combination  as Chiefs have emerged from their year’s Fifa ban on signings with quality additions in the 2021-22 preseason.

“The cheque book doesn’t solve the problems. If you’ve got the cheque book and you’re using it and you have the money, it’s more about building,” Baxter said when asked if there are a few more areas in his squad where he will aim to make additions.

“It’s more about balancing the squads, more about adding something that you can bring in. I don’t think the cheque book solves a problem.

“For example, if I said we weren’t getting enough crosses in and we went out and bought a winger, I don’t think that solves it. That’s solved on the football field and the training field.

“If we get one of our players who somebody suddenly takes a fancy t and offers a fortune for him and he goes, then we may have to balance the squad.

“But I’m good. I’m happy enough working with the boys because they’ve been absolutely outstanding since I came in terms of their desire to want to be a better version of Kaizer Chiefs.

“ I’m happy in the thought of the commitment to working long-term and not short-term.”

After a patchy start, as Baxter sought combinations in a penalties MTN8 defeat to Mamelodi Sundowns then flat 0-0 league start away to TS Galaxy, Chiefs’ rampant opening half against Baroka sent a message about the club’s competitive potential in 2021-22.

Keagan Dolly’s introduction in the starting XI sparked a fiery display in which Amakhosi might have scored a few more than Khama Billiat and Daniel Cardoso’s strikes in the ninth and 27th minutes.

With the weekend’s MTN8 semifinals followed by a Fifa international date, Baxter will continue establishing his game model in the 18 days until Chiefs’ next league fixture, a tasty rematch against Sundowns at Loftus Versfeld on September 12.