Downs, United both in high spirits after first-game victories 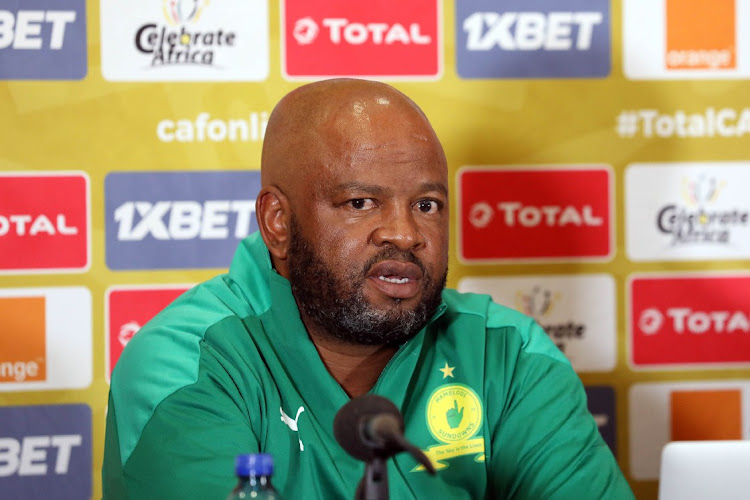 Going into this encounter at Nelson Mandela Bay Stadium, Sundowns and Chippa are both in high spirits after beating AmaZulu and Sekhukhune United in their respective opening league clashes last week.

Mngqithi has predicted a frustrating afternoon for his side, expecting Chippa to be a tough nut to crack due to their defensive style of play under coach Gavin Hunt.

“Gavin.... you know his teams are never easy to break down. One also foresees a possibility of them sitting in a little bit. They played with three centre-backs against Sekhukhune, with two wing-backs and three central midfielders and two up top. So you can expect a game that will be a little bit frustrating with a bit of directness offensively,” said Mngqithi.

“Even the goal they scored against Sekhukhune was from a set-piece. They’ve got some strong players [like] Petersen, Seabi, Zulu ... all those players are a factor in set-pieces, even Eva Nga,’’ Mngqithi stated.

Against AmaZulu, Sundowns kept faith in the same XI that eliminated Kaizer Chiefs from the MTN8 the previous week. However, Mngqithi has revealed injuries may compel them to reshuffle the line-up of the last two games on Tuesday.

“What is not helping us at this stage are the injuries that we’ve had. That has made our lives a little bit difficult in our selection and maybe we will change the team that has been doing well,’’ said Mngqithi.

‘A meritocracy’: Mokwena on why Sundowns played same XI that beat Chiefs against AmaZulu

Mamelodi Sundowns coach Rulani Mokwena has explained that they kept the same team that dumped Kaizer Chiefs out of the MTN8 last weekend for the 1-0 ...
Sport
11 months ago

Mamelodi Sundowns started the defence of their DStv Premiership title on a winning note by edging a determined AmaZulu 1-0 at Loftus on Friday ...
Sport
11 months ago
Next Article