Barker pleased at muscle brought to Stellies by Moseamedi and Isaacs 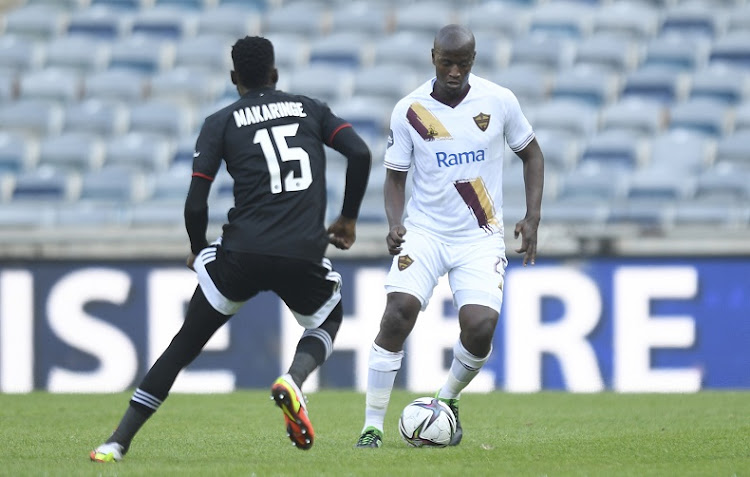 With both their new, big, physical strikers on the scoresheet in their opening game, Stellenbosch FC coach Steve Barker is confident his side have plugged some of the deficiencies that saw them fail to convert victories last campaign.

Waseem Isaacs, who left Stellenbosch in November and returned in the preseason, scored from a deflected strike from range in the second minute of Stellenbosch’s 2-2 DStv Premiership draw against Orlando Pirates at Orlando Stadium on Saturday.

Judas Moseamedi, signed from Maritzburg United, replaced Isaacs in the 51st minute and got in ahead of ex-Bafana Bafana captain Thulani Hlatshwayo to head a 55th-minute equaliser.

Barker said while Stellenbosch again could not convert three points against a 10-man Bucs, who had Ntsikelelo Nyauza sent off in the 40th, the ability of the big strikers to cause problems and finish gives him hope Stellies can improve on last campaign’s 14th in the league.

“I was pleased. I thought all-round it was a decent performance. And the conditioning levels — the first game of the season is never easy — and I thought we came through that well,” the coach said afterwards.

“I thought everybody game a good account of themselves. With Marc van Heerden getting injured, and Solomon Letsoenyo, the left-back we signed, unable to be registered we had a bit of an imbalance with Ibraheem Jabaar having to play there.

“So I thought we coped well, and obviously very pleased with Judas’s start at Stellenbosch.

“Waseem parted ways the previous season, and he’s returned to the club. But yes, we identified that [killing off games] as a real area where we were lacking last season.

“And we wanted to improve in that area. So to have brought both [Isaacs and Moseamedi] in and both to be on the scoresheet is fantastic for us.

“They’re two big strikers — they will have to share the load among each other. And there might be some days where they’ll both be on the park and hopefully can cause teams problems by their aerial threat and physicality.

“And hopefully it gives others the freedom to play off them.”

Moseamedi and Isaacs’s physical presence might take some pressure off the smaller, nimbler Ashley du Preez — one of the chief culprits of Stellenbosch’s missed chances in 2020-21 — who can also feed off the bigger men for opportunities.

With a quick turnaround in matches at the start of 2021-22, Stellies host TS Galaxy at Danie Craven Stadium in Wednesday.