Ben Moseme: ‘Reviving Bloem Celtic may take some time and a lot of work’ 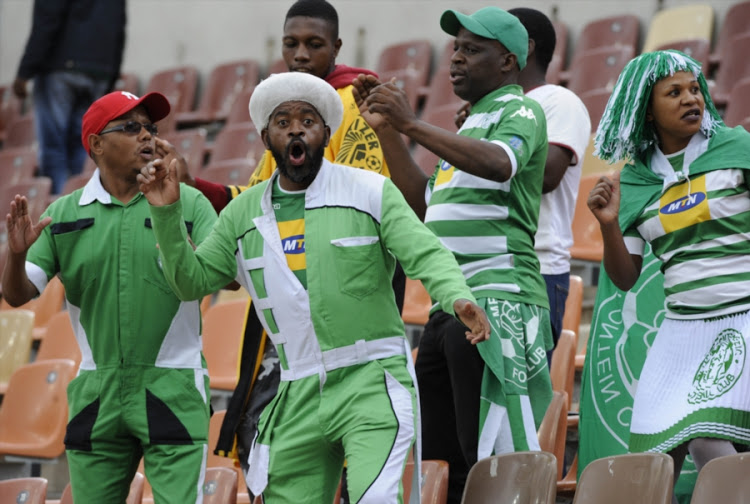 Flamboyant Free State businessman Ben Moseme has cautioned that it may take some time and a lot of work before Bloemfontein Celtic are revived and brought back to their former glory.

Football fans in the Free State went into a collective state of shock when it was confirmed this week that the status of the club had been sold to KwaZulu-Natal businesswoman Shauwn Mkhize by Max Tshabalala.

Mkhize has renamed the club Royal AM and relocated it to KwaZulu-Natal, where they will be playing their DStv Premiership matches at Chatsworth Stadium this season.

News that the club was sold to Mkhize has elicited suggestions that the club needs to be revived. Moseme, though, who once tried to buy Celtic from Tshabalala, said people should calm their emotions and not rush into decisions.

“Sometimes we are emotional and we try to pick up a glass that is broken from the floor,” said Moseme, who is the organiser of the popular annual Macufe Cultural Festival in Bloemfontein.

“Don’t rush into going to buy another team to get back to the PSL, don’t rush into getting into the GladAfrica Championship space and trying to get promotion next season. You need to calm down, observe and look at what the natural forces are presenting to you.”

Moseme admitted that the demise of Celtic has been highly emotional for the people of the Free State.

“The issue of Bloemfontein Celtic is the situation of reality versus emotions. To run a football team as a business of sport is not easy, and if you don’t have what it takes you will struggle because all the elements are always moving.

“You need a sponsor, a technical team, players, training and playing infrastructure, and relationships with bodies like Safa, the PSL, Caf and Fifa because those elements are always moving.

“Something needs to hit rock bottom or it must collapse before it can be revived and gain momentum again because it has been contaminated or distorted.

“I understand and support the decision of Max [Tshabalala, who has sold Celtic], who by the way is a friend of mine, to sell the club, because I know what was happening inside the team through our weekly engagements.

“The pain does not mean that there is no reality. This is an emotional stage of the reality. It must be painful and emotionally torturing at the moment, but looking at the global economy and the pandemic - it is a Catch-22 situation.”

Moseme stressed his own love and passion for Celtic.

“I would be lying if I say that, from the bottom of my heart, I don’t have an interest in Celtic. I do have, which is why Max gave me the respect of a call to meet and tell me one-on-one that the team is gone.

“My interest is well-known and if the opportunity presents itself Bloemfontein Celtic must be reactivated at some point.

“But talk is cheap, the real taste of this monster is in the pudding, as they say. We will heal over time and natural forces will align so that we revive this great club.”