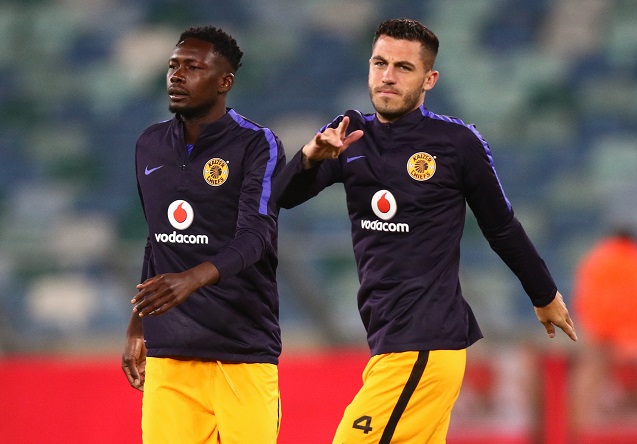 Kaizer Chiefs' centreback pairing of Erick Mathoho (left) and Daniel Cardoso have not been at their best for some time.
Image: Anesh Debiky/Gallo Images

Stuart Baxter has acknowledged that Kaizer Chiefs’ frontline centreback pairing of Daniel Cardoso and Erick Mathoho have not been at their best for a few seasons, and hopes increased competition in that position can help solve that.

Two centrebacks with potential have arrived at Chiefs. Thabani Dube (28) was signed from second-tier Richards Bay FC, having impressed for the developmental Bafana Bafana who won the Cosafa Cup in Gqeberha in the off-season. Njabulo Ngcobo (27) has joined from Swallows FC, where his eye-catching 2020-21 season saw him win Premiership Defender of the Season.

As Cardoso (32) and Mathoho (31) have started looking shaky in the preseason Black Label Cup penalties win against Orlando Pirates and penalties MTN8 quarterfinal defeat against Mamelodi Sundowns, Baxter was asked how he will approach his centreback conundrum.

“I think, look, it’s all about timing. And you’ve got two centrebacks [Ngcobo and Dube] who’ve arrived who are really trying to settle in quickly,” Chiefs’ coach said ahead of his team’s 2021-22 DStv Premiership kickoff against TS Galaxy at Mbombela Stadium on Sunday.

“They’re trying to convince everybody they are Chiefs players. When I say that I mean mentally, and socially.

“And now tactically they’ve got to get on board. That may take some time.

“I think ‘Tower’ and Dan are very experienced players, so they don’t want to be shifted quickly. But it does create that competition, so that we have to make sure that everybody is giving a good performance so that they earn their place in the team.”

Baxter, in his successful first stint at Chiefs from 2012 to 2015, notably got the best out of underachievers, or players out of form, such as Bernard Parker, Mandla Masango, Willard Katsande, George Lebese and Tefu Mashamaite.

He is likely to aim to do the same, and try to rehabilitate Cardoso and Mathoho before sidelining them. Ngcobo, though, of the two signings does seem a centreback capable of injecting much-needed pace and class into the heart of Chiefs’ defence.

Amakhosi, who scraped to eighth place in the Premiership in 2020-21, have been bolstered by signings and technical appointments as they seek to end a six-season trophy drought in 2021-22.