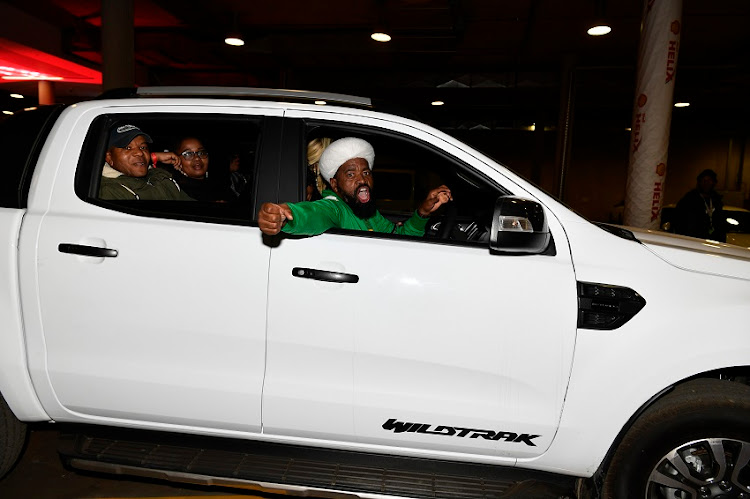 Bloemfontein Celtic’s famous shower cap-sporting No 1 fan Botha Msila said the sale of the club left him like a fish out of water, adding “it means they killed me”.

The Premier Soccer League (PSL) has approved the sale of Celtic to Durban businesswoman and owner of Royal AM Shauwn Mkhize. She will relocate the club to Durban, renaming it Royal.

Msila is known for his absolute dedication to Celtic, and for watching PSL matches around the country on weekends, often hitchhiking to get there and, he has said, espousing a career to do so.

“I have supported the club my whole life. When I a young boy I supported the team,” he said when asked what the demise of Celtic, known as one of the best-supported teams in the country, means to him.

“Personally, it’s like you took a fish out of water, and then expect the fish to stay alive. It will die. It means they killed me because this was my life.

“I chose not to work and to compromise and make sacrifices for the team. I was doing everything without a salary, without anything.

“I was not paid for this. I was doing it for free. If I was working for a company I would be saying, ‘I’ve worked for more 40 years’.

“What are the benefits of being a Celtic fan for 40 years? It’s nothing.”

Msila said the sale will come as a shock to Celtic fans.

“To tell you the truth, we were shocked and puzzled . Wwe were dead, and then we were vandalised.

“You must understand, even though the club has plans, supporters also have plans for the team. We have things we were planning to do to make sure the brand grows and we attracted more sponsors.

“The problem is, first, we don’t understand what made MaMkhize able to convince our chairman, Max Tshabalala, to sell the club to her. We have reliable people who were able to buy the club, and the club stays in Bloemfontein.

“Sinki Leshabane and Lebogang Mokoena were both interested in buying the club but Max Tshabalala refused to give the club to them.

“The second reason why we are shocked is that Max Tshabalala knows the passion we have for this club. He understands the culture and value of the Bloemfontein Celtic supporters in our province.

“I think this issue needs to be tackled in a very professional way. Max Tshabalala was supposed to call us as supporters to tell us the honest truth about this issue, but he chose not to do that.

“He did things in a private way so we could not say anything. So it’s shocking to us people of Bloemfontein.

“We are saying we need to hold hands as supporters to see how we are going to come back. We need someone from Bloemfontein with a lot of money like MaMkhize to come on board and help our supporters.”

A deal for businesspeople Leshabane and Dr Moeketsi Mosola to buy Celtic in 2018 fell through, apparently due to a R43m debt owed to the SA Revenue Service by Tshabalala and complicated ownership structure of the club.

KwaZulu-Natal businessman Mokoena was reportedly in talks to buy Celtic, and keep it in Bloemfontein, last year.