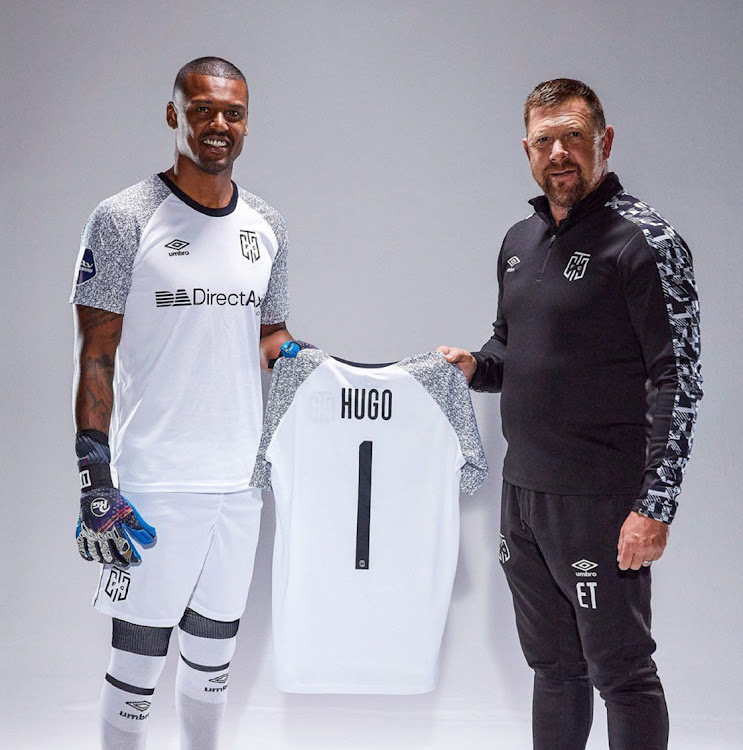 New Cape Town City goalkeeper Hugo Marques has disclosed he didn't think twice when the Citizens enquired about his availability.

The 35-year-old Portuguese-Angolan completed his transfer yesterday, having been a free agent after leaving Portuguese second-tier outfit Farense last month. The experienced shot-stopper has been capped seven times for Angola.

“When the team called me to come, I didn’t hesitate because big teams need big men and I am here to help other big men to do the biggest things,’’ Marques told City’s media department yesterday.

Marquez spent the better part of his career in Portugal, turning out for various lower division clubs such as Varzim CJ, AC Vila Mea and Tirsense among others. As a teenager, the City goalkeeper played for FC Porto’s youth teams.

“I am very pleased to be here. The team has welcomed me very well. The team has nice people… the chairman, the coach and the whole staff. This is a big club, I appreciate to be here,’’ Marques said.

Quizzed about the logic of recruiting a 35-year-old foreign keeper when they have a 23-year-old promising local shot-stopper in Marc Anderson, City coach reasoned Marquez came to replace injured Darren Keet. Keet, who joined City last month, tore his muscle thigh and is expected to be out for a period of three to six months.

“Unfortunately Keet had a long-term injury when he joined the club and he’s going to be out for quite an extensive period. We truly believed we need to get someone in with a lot of experience as much as we recognise the future Marc has,’’ Tinkler stated.

“Unfortunately Marc doesn’t have experience that is required for us to achieve the objectives that we set [for] ourselves this season. So we needed to bring in someone with experience and Hugo was the obvious choice. He comes in with bags of experience… he’s played in Europe for a number of years.’’

Tinkler rejoined City towards the end of last season. During his maiden spell at the Mother City club between July 2016 and June 2017, Tinkler ...
Sport
5 months ago

The MTN8 is the only silverware missing from the Mamelodi Sundowns trophy cabinet and this is something co-coach Manqoba Mngqithi is determined to ...
Sport
5 months ago

AmaZulu are out to prove that finishing in second place in the DStv Premiership last season was not a fluke.
Sport
5 months ago

Orlando Pirates were one of the busiest teams in the transfer market in the 2019/20 Premiership season, with 11 signings, but things are different in ...
Sport
5 months ago
Next Article