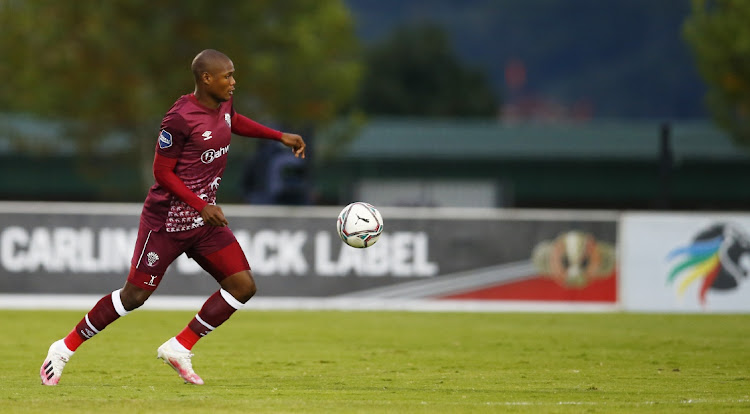 Losing five players who were instrumental last term has left Swallows with no choice but to rebuild this season. This is according to the club's coach Brandon Truter.

Njabulo Ngcobo, Sifiso Hlanti, Kgaogelo Sekgota, Given Thibedi and Tlakusani Mthethwa played a telling role to help Swallows finish sixth on the log last term, where they were rookies.

Ngcobo, Hlanti, Sekgota left the Birds for Kaizer Chiefs, while Thibedi returned to Naturena because he was on loan at Swallows. On the other hand, Mthethwa is still a Swallows player but an anterior cruciate ligament (ACL) injury is likely to sideline him for the entire 2021/22 campaign.

Swallows' sort of rebuilding phase officially gets underway on Saturday, clashing against Orlando Pirates at Orlando Stadium in the MTN8 quarterfinals. Kickoff is 6pm.

Admitting losing the aforementioned quintet means they must restructure, Truter still oozes confidence the replacements for the departed stars will knuckle down to business.

“In terms of the players we lost, you can say that we're starting all over again. We lost five key players who were starters, so that put us on the back foot somehow. But I think in the transfer window, the players we identified, are direct replacement for the departed guys,” said Truter in a virtual conference yesterday.

“We have no doubt that the new players can perform at the level of the guys we lost, if not better. I am anxious to see the new boys like [Dillon] Solomon, [Strydom] Wambi and George Matlou [among myriads of new signings]. I have total faith in them that they will all perform.”

The Birds mentor ruled out any chance of their marquee signing Mwape Musonda starting against Pirates, hinting the Zambian was still trying to regain full fitness. Truter confirmed Pirates loanees Austin Muwowo and Monnapule Seleng were ready to face their parent club.

“Musonda, to be honest with you, is in no position to start a match... the quality is still there but he just joined us this week. Muwowo and Seleng, yes they'll face Pirates,” noted Truter.

Orlando Pirates coach Josef Zinnbauer is well aware of the expectations placed on him by the demanding supporters ahead of the 2021/22 Premiership ...
Sport
10 months ago

Royal AM have been found guilty of all charges in their disciplinary committee (DC) hearing regarding failing to honour their four Premier Soccer ...
Sport
10 months ago

The 2021/2022 season starts this weekend with the opening round of the MTN8 and Safa acting referees manager Abdul Ebrahim says match officials are ...
Sport
10 months ago
Next Article