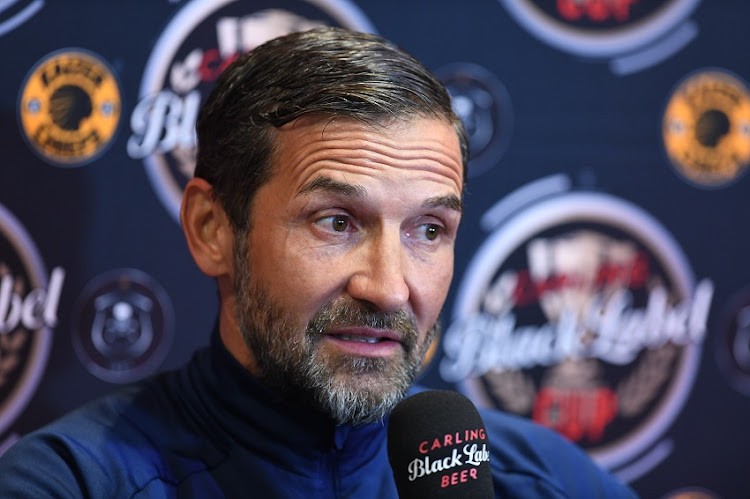 Orlando Pirates coach Josef Zinnbauer is well aware of the expectations placed on him by the demanding supporters ahead of the 2021/22 Premiership season.

After guiding the Soweto giants to the MTN8 title and helping them to a third-place finish in the DStv Premiership last season, the supporters want more in the coming season.

However, the German mentor, who joined the Buccaneers in December 2019, feels that he had more time to prepare the team in the pre-season for the new season.

The Buccaneers will host Swallows in the MTN8 quarterfinal at the Orlando Stadium on Saturday at 6pm.

“You cannot make everyone happy in football. Football is about results, but you cannot win every game. We had more time to prepare and worked on many things. We have more information now on how we can play better. I have more experience now in terms of playing football in Africa. I think we are in a good direction now," Zinnbauer said.

"Supporters expect you to win every game, and if you do not win a trophy, they get disappointed. We need players to go forward, fight and understand what it means to win titles. We had more months to explain how things work. Kaizer Chiefs, Mamelodi Sundowns, and Pirates must fight for titles all the times. We will fight this season, and we are aware of the expectations and we will try to make them happy."

The defending champions are the favourites to progress to the semifinals in the Soweto derby against their archrivals.

Last season, the two teams played to a 1-1 draw at home and away in the league, and Zinnbauer expects a tight game in the cup competition.

He said he watched Swallows playing in friendly games, but he is not reading too much into their pre-season preparations.

“We prepared well to win the game. It is our home game in the derby, and we expect to win it. We are focusing on winning the first game," said Zinnbauer via a virtual press conference yesterday.

Thembinkosi Lorch (shoulder injury) and Zakhele Lepasa are doubtful starters. However, Bucs are boosted by the return of goal poacher Tshegofatso Mabaso for the derby.

When asked if they can go all the way to defend their title, Zinnbauer said he prefers to take it one game at a time.

Royal AM have been found guilty of all charges in their disciplinary committee (DC) hearing regarding failing to honour their four Premier Soccer ...
Sport
11 months ago

Baxter: ‘Bibo’ Radebe could be a strong candidate for Kaizer Chiefs

Sabelo Radebe has surprised Stuart Baxter with his progress, the coach pronouncing that if the Kaizer Chiefs development product continues to work ...
Sport
11 months ago

Organisers of the Kaizer Chiefs protest march who handed a memorandum of demands to the club in May, have said they are pleased at developments at ...
Sport
11 months ago
Next Article