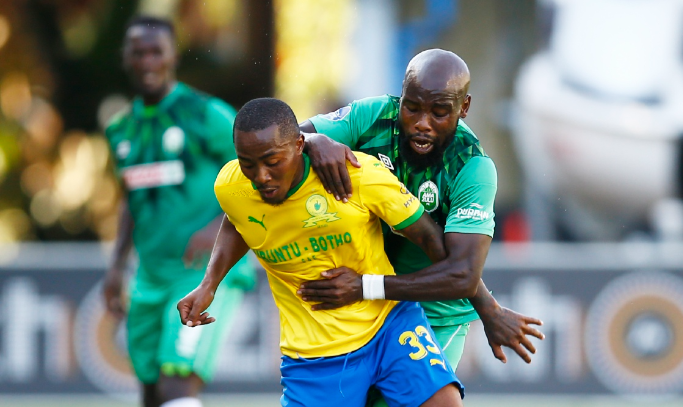 Before joining AmaZulu, Makhehleni Makhaula was mainly known for a style of play that was characterised by menacing tackles.

Since arriving at Usuthu after his previous team, Highlands Park, sold their Premiership status in October 2019, the 31-year-old has transitioned into one of the best central midfielders in the Premier Soccer League.

Makhaula has developed into a rare breed of anchormen who excel at intercepting loose balls and breaking down opposition attacks, thanks to his positional sense.

The lad from Kagiso on the West Rand lacked the aforementioned traits before linking up with Usuthu. Makhaula has opened up about the sudden upturn in his game, crediting his coach Benni McCarthy.

“Most people know me as someone who likes to tackle, but coach Benni told me to play simple football. He taught me that whenever I win the ball I should just place a pass to my teammate. When coach Benni arrived my confidence was boosted tremendously,” said Makhaula.

“I don't know whether coach Benni had been following me before he came here, but when he came here he just chose me and said 'this is the guy who's going to break the opponents' attacks and start our attack'. The coach has helped me a lot.”

Makhaula's former approach saw him break then Kaizer Chiefs star Joseph Molangoane's leg when he was still at Free State Stars in 2018. A changed Makhaula was booked only twice in 27 games across all competitions last season, having received  20 yellow cards from 103 games in his career before being an Usuthu player.

Makhaula was nominated for the DStv Premiership midfielder of the season award last term, but Mamelodi Sundowns' Themba Zwane pipped him to the gong.

Last week, the midfielder scooped three big gongs as Usuthu rewarded their playing personnel for a blistering 2020/21 term. Makhaula won the most valuable player, the players' player and the president's accolades.

“I worked very hard for these awards. I worked really hard... I pushed myself in each and every game. Doing extra sessions alone also helped me,” noted Makhaula.

Losing five players who were instrumental last term has left Swallows with no choice but to rebuild this season. This is according to the club's ...
Sport
10 months ago

Orlando Pirates coach Josef Zinnbauer is well aware of the expectations placed on him by the demanding supporters ahead of the 2021/22 Premiership ...
Sport
10 months ago

Royal AM have been found guilty of all charges in their disciplinary committee (DC) hearing regarding failing to honour their four Premier Soccer ...
Sport
10 months ago
Next Article