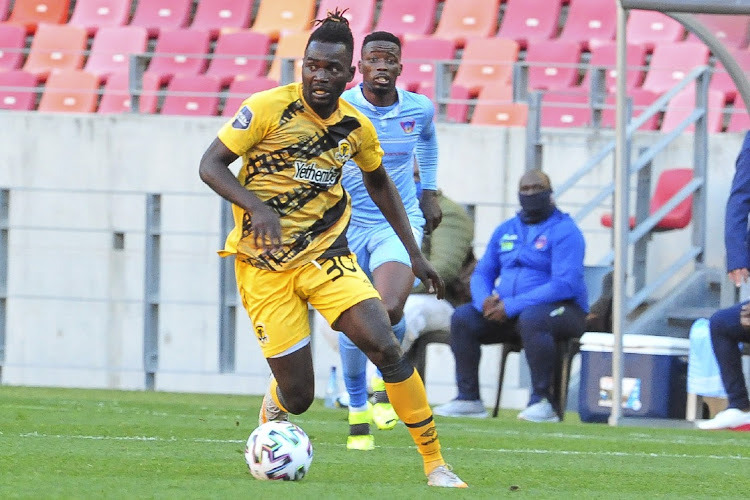 TS Galaxy's new striker Mohammed Anas is looking forward to benefiting from working with assistant coach Shaun Bartlett as he feels he will improve his game.

Anas joined Galaxy from relegated Black Leopards on a two-year deal recently and his aim with the team is to score 15 goals.

He believes that working with the second-highest goalscorer for Bafana Bafana, with 28 goals, will be a huge advantage for him.

“I have been watching coach Shaun while he was playing. He was a deadly striker and being around him, with coach Owen da Gama, I think it will make me grow more in terms of my positioning and striking,” Anas told the media.

“I have been talking to him. I want guidance from him because he has been a good striker in Africa. I want him to guide me more, so I keep on talking to him for me to improve. The advice he gave me is that I must be deadly in the box, I must make my runs sharp and be more clinical.

“If I can do that, everything will fall for me easily. I’m so happy to have Shaun as my guidance and no-one has told me these kinds of things before in my career.”

The 26-year-old Ghanaian striker believes he can also win the top goalscorer award working with someone like Bartlett, who knew how to find the back of the net during his playing days.

“Since I came to South Africa, I always wanted to be a top goal scorer in the PSL because sometimes I see teams' [players] scoring 12 goals and being a top goalscorer,” he said. "I’m capable of scoring more than 12 goals. As I said, being around coach Shaun will help me achieve that.

“I’m also excited to be here at TS Galaxy. I watched them play when they were in the first division and I loved their style of play. So being around here, I think it will suit my style of play.”

Anas added that he has planned to score more than 15 goals in every season. He believes that should he get enough game time with the Rockets, there is no reason he won’t achieve that this time. “It depends on the game time that I get and the hard work that I put in, that is going to prove to me that I’m going to reach that target this season.”

Before joining AmaZulu, Makhehleni Makhaula was mainly known for a style of play that was characterised by menacing tackles.
Sport
10 months ago

Losing five players who were instrumental last term has left Swallows with no choice but to rebuild this season. This is according to the club's ...
Sport
10 months ago

Orlando Pirates coach Josef Zinnbauer is well aware of the expectations placed on him by the demanding supporters ahead of the 2021/22 Premiership ...
Sport
10 months ago
Next Article