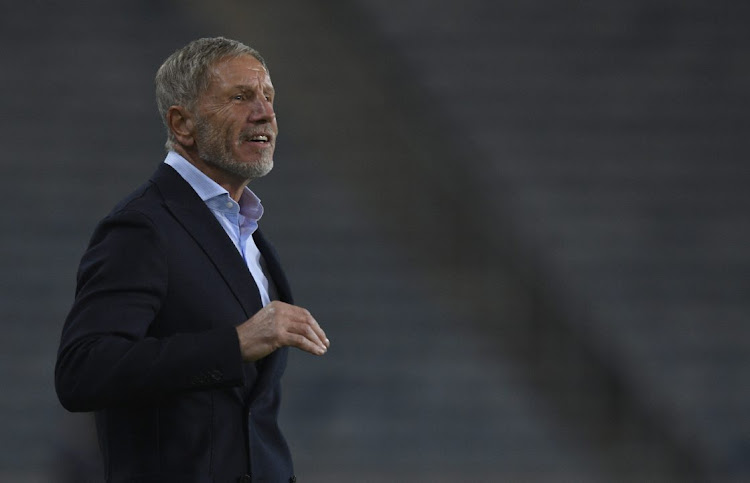 While Kaizer Chiefs coach Stuart Baxter will be aiming to replicate his previous success, one thing he will be desperate to avoid is another humiliating defeat against Mamelodi Sundowns in the MTN8 at Lucas Moripe Stadium on Sunday at 3pm.

Chiefs travel to Pretoria for their quarterfinal match, a repeat of Baxter's first game in charge at the club in 2012. In that match, Chiefs were thumped 4-1 at Loftus Versfeld Stadium, also in Pretoria.

With Baxter returning for his second spell and the game to be his first in domestic competitions, he will be looking for a perfect start to set a tone for the new season.

Expectations are high from Chiefs supporters after the club made excellent signings in the transfer market and they believe this could be the season where they end their trophy drought.

The clash against the Brazilians will be seen as an early test for Chiefs this coming season. In 2012, after they lost to Sundowns in this competition, they went on to win the league and the Nedbank Cup. Baxter is looking to replicate that and wants to hit the ground running immediately with a victory against his rivals on Sunday.

“It is very similar. We don’t have a lot of time but the boys have been doing really well,” Baxter said.

“Maybe it will be a work in progress in the first couple of weeks in the season, but if we can get into the decent start and we are there, we could be up there challenging for titles.”

On the other hand, Sundowns are looking to end their drought in the competition. The last time they won the top eight was in 2007 when it was still called SAA Super Eight. They beat Orlando Pirates in the final.

Since then they have struggled to lay their hands on this trophy despite winning other competitions.

This will be a match where both teams will be desperate to win, with the Amakhosi looking to end their six-year trophy drought.

Mamelodi Sundowns co-coach Rulani Mokwena has paid tribute to women in the country on the 65th anniversary of the anti-pass women's march to the ...
Sport
1 year ago

Willard Katsande has expressed his pleasure at joining an ambitious outfit in promoted DStv Premiership team Sekhukhune United, who he says have ...
Sport
1 year ago