Chairman Mogoshoa says they want to sign them on permanent basis 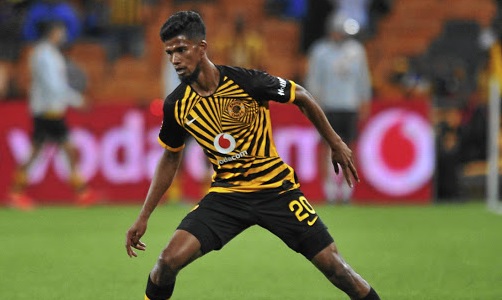 The three, together with Mbulelo Wambi and Dillon Solomons, have been training with the club since last week and have impressed coach Brandon Truter.

According to the club chairman David Mogoshoa, he wants to sign them permanently and not on loan.

“They are still here, so far, nothing has been finalised,” Mogoshoa told Sowetan yesterday.

“I was on holiday. I’m coming back tomorrow to finalise paperwork with their current clubs. We don't want loan deals. We want them to be here permanently, the coach likes them and we will sign them.”

Sasman was put on the transfer list by Kaizer Chiefs last month together with Siphosakhe Ntiya-Ntiya and Lazarous Kambole. Sowetan has also learned that the 25-year-old is replacing Sifiso Hlanti, who has since joined Chiefs.

Makgalwa, who is still a Mamelodi Sundowns player, will replace Kgaogelo Sekgota if the move for a permanent deal succeeds.

February has always wanted a move away from Sundowns as he found competition with Denis Onyango, Kennedy Mweene, Reyaad Pieterse and Ricardo Goss tough.

He will be happy with a move to join Swallows, where he will only be competing with Thela Ngobeni, Virgil Vries, Sanele Tshabalala and Rhuwano Wynne.

After losing key players such as Njabulo Ngcobo, Sekgota and Hlanti, Swallows are trying hard to replace them as they are also currently assessing other players.

Lesoma and Leaner became the club's eighth and ninth arrivals ahead of the new season.

Zesco revealed yesterday that they have reached an agreement with Babina Noko for the two players.

Sekhukhune has been one of the busiest teams in the league as they have now signed 17 players.

Playing as a centreback in many games for Orlando Pirates last season helped Innocent Maela grow and improve as a defender‚ the Bafana Bafana ...
Sport
5 months ago
Next Article