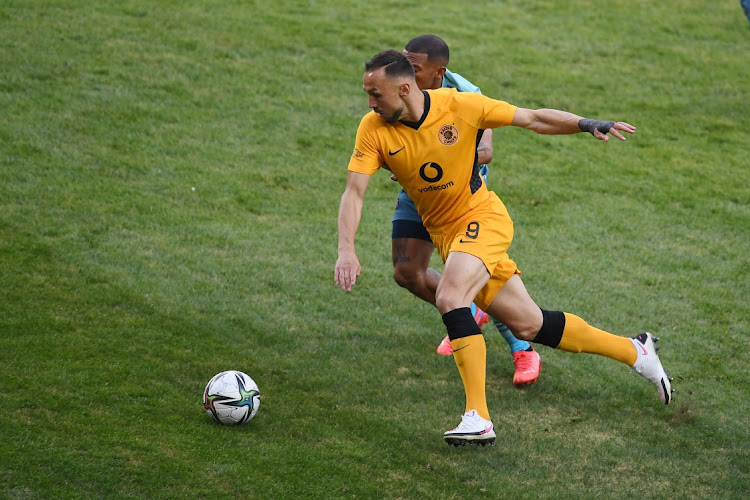 In the past few months rumours of Nurkovic being wanted by Ahly have been rife across the continent. Šimac has laid bare Ahly coach Pitso Mosimane’s interest in his client, adding Chiefs appear ready to sell if the offer is good.

“Pitso is interested but it’s not realistic [that Nurkovic can join Ahly] at the moment. There are many other clubs who’re interest but at the moment we’ve nothing on the table [in terms of official offers],’’ Šimac told Sowetan yesterday.

“I think in the next two weeks something is going to happen. I have also talked with Bobby and he’s not a greedy guy. He said to me ‘listen, I’d be happy if Samir stays but when we have an offer that satisfies us, then we’re going to listen’. We’re all patient.’’

Šimac also emphasised that the 29-year-old Nurkovic isn’t desperate to abandon the Glamour Boys. Šimac gave a sense the striker is calm and willing to welcome whatever eventuality regarding his future. Nurkovic's Chiefs contract expires in June next year.

“Samir is really comfortable… he likes to continue playing for Chiefs. He’s not pushing me. I am his agent, so he could say ‘hey listen I want to move’, but no, he’s not doing that,’’ Šimac said.

“I spoke to him today [yesterday], telling him that let’s wait. I have made him aware that he must focus on his job at Chiefs and he’s willing to do that. If the move happens, it happens and if it doesn’t, it doesn’t.”

The Croatian football intermediary painted a picture that Nurkovic enjoys playing under the returning coach Stuart Baxter. Baxter rejoined Chiefs in June, replacing Gavin Hunt, who was sacked towards the end of the 2020/21 season.

Nurkovic has been Chiefs’ main striker since arriving from Slovakian second tier side Komarno in July 2019. Since his arrival at Naturena, “Piano” as Nurkovic is nicknamed, has netted 20 goals from 63 appearances across all competitions.

After trailing Zamalek for almost all of the 2020-21 Egyptian Premier League season‚ Pitso Mosimane’s Al Ahly have closed a 14-point gap in two ...
Sport
5 months ago

Mamelodi Sundowns left-back Lyle Lakay hasn’t shield away from the reality that there’ll be no room for half-baked commitment this season after the ...
Sport
5 months ago
Next Article