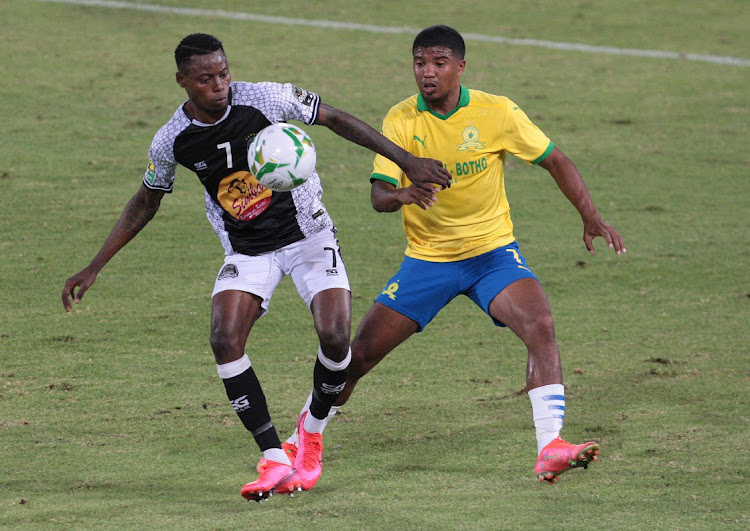 Mamelodi Sundowns left-back Lyle Lakay hasn’t shield away from the reality that there’ll be no room for half-baked commitment this season after the arrival of two more players who play in his position.

Lakay, who was Downs’ first-choice left-back for the better part of last season, has embraced the competition that Lungu and Ngobeni bring to his left-back position. The 29-year-old highlighted that all the left-footed full-backs will be required to dig deeper to feature regularly this season.

“The club have added more players in my position. They (Lungu and Ngobeni) are good players, that’s why Sundowns signed them. The competition is always healthy... it brings the best out of individuals,’’ Lakay told Sowetan in an exclusive interview yesterday.

“If you know that there’s someone else competing with you, you don’t rest on your laurels and I think that’s what will happen with us [as Downs’ left-backs] this season. I am not saying the competition wasn’t there in the previous seasons, but it’s tougher now and obviously it’ll require one to work harder than before.”

It was Downs’ previous coach Pitso Mosimane who converted Lakay to left-back when he joined the club in 2018 from Cape Town City, where he’d been mainly operating as a winger.

The lad from the Mother City now banks on his versatility coming in handy this season as his primary left-back position is packed with more quality playing personnel.

“It’s very important to be versatile, especially when the team has a bigger squad like here at Sundowns. Since I came to Downs, every season I play at left-wing and left-back,’’ Lakay noted.

“There was a time where I played right-wing as well... last season they tried me at right-back too. Obviously it works in your favour to be versatile. It’s not a problem for me to play out of my natural left-back position.”

Mamelodi Sundowns’ big early cup clash against Kaizer Chiefs has been set for Sunday‚ August 15‚ as the Premier Soccer League (PSL) confirmed the ...
Sport
5 months ago

Competing in the Caf Champions League final has left Kaizer Chiefs playing catch-up in their pre-season preparations for the 2021-22 season‚ coach ...
Sport
5 months ago

Itumeleng Khune still has much to offer Kaizer Chiefs‚ and with Daniel Akpeyi and reserve keepers Bruce Bvuma and new signing Brandon Petersen ...
Sport
5 months ago

Orlando Pirates coach Josef Zinnbauer says he hopes to have big striker Tshegofatso Mabasa back in the coming weeks‚ but says another injured ...
Sport
5 months ago
Next Article