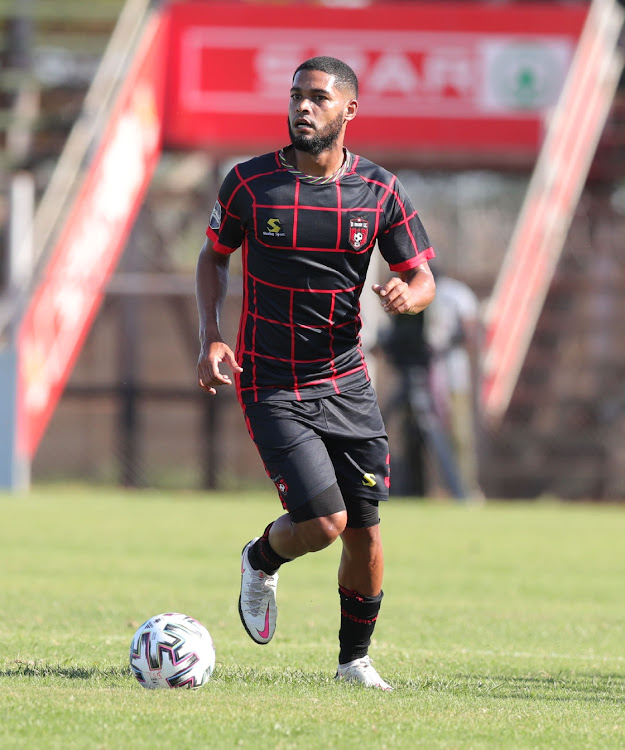 TS Galaxy left-back Ebrahim Seedat has set his sights on winning the Nedbank Cup this season.

Having already won the Telkom Knockout and the MTN8 with his previous club Cape Town City, the 28-year-old Seedat wants to clinch the Ke Yona Cup to complete the puzzle of domestic cup competitions.

“During my days at Cape Town City I won the Telkom Knockout [in 2016] and the MTN8 [in 2018]. So it would be nice to win the Nedbank Cup to complete the puzzle. It’s my dream to get all the trophies. I will work harder to achieve that dream,” said Seedat.

“We must try to get into the top eight and win the Nedbank Cup again [after winning it by stunning Kaizer Chiefs when they were still in the second tier in 2019]. But it’s all up to how we perform as a team. Individual brilliance is also key if you want to win cups. I really believe we can get a trophy this season.”

Last season the Rockets missed out on the top eight on goal difference as Chiefs pipped them to eighth place when they beat them in the last game of the season. Interestingly, these two teams meet again in the league opener on August 22.

“The team is looking good. Everyone oozes confidence ahead of the new season. When you played against a big team you don’t need motivation from anyone. We are positive that we’ll come away with the three points [against Chiefs]," said the Galaxy full-back.

Last season Seedat played just 15 league games owing to a long-term injury and Covid-19. The former Bidvest Wits player is keeping his fingers crossed that he will remain healthy throughout the 2021/22 term.

“Last season I had an injury and I also contracted Covid-19... I was out for three months. It wasn’t a good season for me because I didn’t play a lot because of Covid and injury. Hopefully this season I will stay injury-free and play more than last season,” said Seedat.

Keeping core of the team good for Bucs, says Motshwari

Orlando Pirates’ decision to keep the bulk of last season’s playing personnel instead of making wholesale signings will pay off.
Sport
1 month ago

Zinnbauer not worried about loss against Chiefs

Orlando Pirates coach Josef Zinnbauer is not reading too much in their Carling Black Label Cup defeat to rivals Kaizer Chiefs on Sunday ahead of the ...
Sport
1 month ago

Kaizer Chiefs coach Stuart Baxter is impressed with the depth his side has in the goalkeeping department.
Sport
1 month ago

Keagan Dolly’s arrival at Kaizer Chiefs sends a message about the club’s level of ambition to restore itself to competitiveness, Amakhosi coach ...
Sport
1 month ago
Next Article