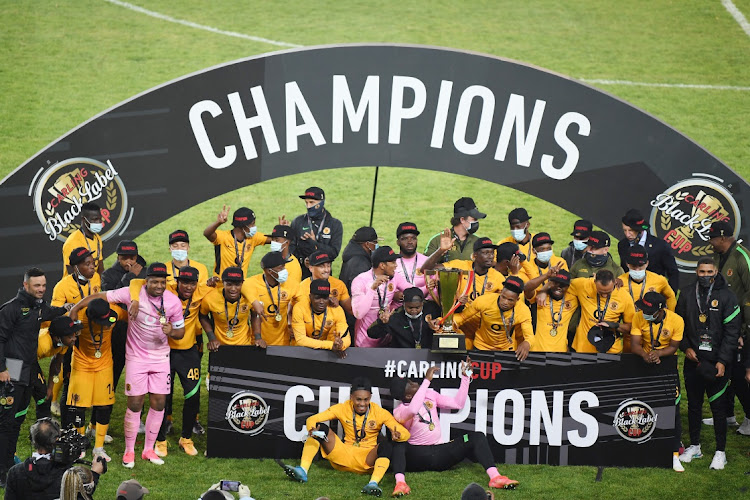 Late replacement Kaizer Chiefs new goalkeeper Brandon Petersen made a resounding introduction to the myriads of the club’s fans when he helped the black and gold outfit to lift the Carling Black Label Cup yesterday.

Petersen – who came in for Itumeleng Khune in the second half – became an overnight hero purely because Chiefs’ 4-3 win after penalties at Orlando Stadium was against ancient rivals Orlando Pirates. Both clubs were level 0-0 after regulation time.

Chiefs have four goalkeepers in Petersen, Khune, Bruce Bvuma and Daniel Akpeyi and Petersen’s performance yesterday showed that he is ready to claim the number one jersey at the club.

Both teams showed a glimpse of what to expect in the upcoming season in this fixture although there was not much to take home.

It was Chiefs who played good football and perhaps the fact that they have been active in the CAF Champions until late last month helped them, and they deserved to win the match.

Pirates lacked some fitness as Chiefs dominated and started the better of the two. It was a dull first half, with chances far and few in between and it was not surprising that both went into the interval still goalless.

Sekgota, who returned from Swallows on loan, impressed as he gave Pirates defenders some problems and his performance would have impressed the Amakhosi fans.

Alexander had the perfect opportunity to open his account on his debut soon after coming in, but his shot was deflected for a corner kick in his first touch just after the half-hour mark.

Pirates were better in the second half and started to find their rhythm and create chances but could not convert them. Thembinkosi Lorch had the best chance of the game to put Pirates ahead just after the hour mark.

But his shot inside the box was saved by Khune, although Lorch should have done better but was too casual when he took the shot.

Chiefs also had the opportunity to open the scoring 15 minutes from time after they were awarded a penalty, but Daniel Cardoso’s attempt was saved by Richard Ofori.

Tlolane returned from Maritzburg United where he was on loan, while Radiopane was promoted from their Diski Challenge team.

Kaizer Chiefs have unveiled their new jersey ahead of the coming domestic premiership season.
Sport
9 months ago

Stuart Baxter has suggested that Kaizer Chiefs are unlikely to make more attacking signings ahead of the 2021-22 season.
Sport
9 months ago

Chiefs coach Baxter: ‘Every coach in world football has to pay attention to transitions’

Transition football is part of the modern game and any coach in the world needs to be aware of it‚ new Kaizer Chiefs boss Stuart Baxter has said.
Sport
9 months ago
Next Article